Visit Saratoga.com For Everything Saratoga
Enter Giveaways Advertise
Home  »  Arts  »  International Music Icon To Headline Jazz Festival
Editor’s Note 6/16/16: Due to a throat infection, Chaka Khan has had to cancel her 2016 Jazz Festival performance. She will be replaced by The Isley Brothers, but plans to headline the 2017 Jazz Festival.

The Freihofer’s Saratoga Jazz Festival returns to SPAC on Saturday and Sunday, June 25 & 26, and will feature an iconic headliner making her return to SPAC for the first time in two decades. 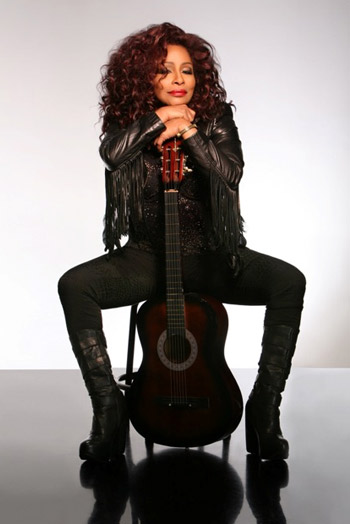 Ten-time GRAMMY® Award winner Chaka Khan, best known for her hits “I’m Every Woman” and “Ain’t Nobody,” will perform at the Festival on June 25, bringing her legendary talent to the amphitheatre’s stage! Her versatile voice enables her to captivate audiences in a wide variety of musical genres, including R&B, jazz, pop, rock, gospel, country, classical, and dance music.

Khan’s impressive career has included 22 albums, ten #1 Billboard magazine charted songs, eight RIAA certified gold singles, and eleven RIAA certified gold and platinum albums. She has won an abundance of awards over the course of four decades, and has even received a star on the Hollywood Walk of Fame.
“We are delighted to welcome superstar Chaka Khan to headline the 2016 Freihofer’s Saratoga Jazz Festival,” said Marcia J. White – SPAC’s President and Executive Director – in a statement. “With her legendary voice and incredible charisma, Chaka Khan will sing beloved hits and new favorites in a simply unforgettable performance.”

Khan tops a talented lineup of artists performing on both the amphitheatre and gazebo stages throughout the weekend. Once you view the full lineup, you can purchase your tickets on SPAC’s website or by calling (518) 584-9330.