Marcia J. White has an extensive list of accomplishments backing up her tenure as President and Executive Director of the Saratoga Performing Arts Center.

At the end of 2016, the conclusion of SPAC’s 50th Anniversary Season, and her 12th summer at the performing arts center, White will be stepping down. 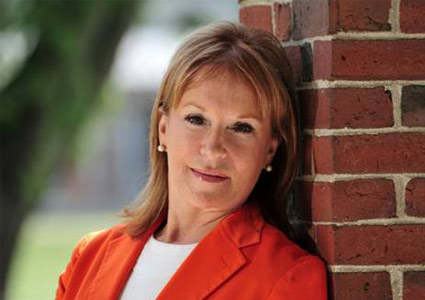 When White came into the position in 2005, SPAC wasn’t exactly raking in the cash. But White helped turned this around.

“Marcia assumed leadership of SPAC during a period of exceptional turmoil,” the Honorable Susan Phillips Read, Chairman of SPAC’s Board of Directors said in a statement. “Under her direction, SPAC has continued to present varied classical and popular programming of the highest caliber and has broken even for 11 consecutive years, an enviable record in today’s challenging environment where so many performing arts organizations have struggled financially.”
By highlighting SPAC’s considerable cultural and economic contributions to the area, White was able to widen the performing arts center’s base of financial support. She successfully raised $15 million through effective major gift solicitations, and prompted a 70 percent increase in revenue from fundraising events. She secured first-ever title sponsorships with major companies like Key Private Bank, HSBC, GE, and the Italian Trade Commission.
White also significantly advanced SPAC’s wine festival fundraiser, pushing it to grow into The Saratoga Wine & Food Festival and Concours d’Elegance, in partnership with the Saratoga Automobile Museum. Because of White’s efforts, the festival has more than doubled in attendance and revenue, and has become one of the fastest growing wine and food festivals in the county.
Further amazing accomplishments of White’s time at SPAC include: establishing a new summer residency with the Chamber Music Society of Lincoln Center, expanding SPAC’s dance season to include tours by renowned international ballet companies such as Russia’s exemplary Bolshoi Ballet, and broadening SPAC’s dance season to include modern dance by top companies like The Alvin Ailey American Dance Theater.
During her tenure, White focused on bringing in a younger audience for classical performances through educational and marketing efforts. She instigated family-friendly “pre-shows,” pre-performance workshops for children, and expanded SPAC’s performing arts education program, “Classical Kids.”
Finally, White has overseen many renovations and improvements of SPAC’s amphitheatre and facilities. Under her leadership, SPAC has seen significant upgrades such as an installation of a new lawn speaker system, establishment of an in-house ticketing system, and the creation of a new website with the addition of mobile technology capabilities.
“It has been a privilege and a joy of my life to lead, serve, and work for one of the most extraordinary performing arts centers in the world,” White said in a statement. “I came to SPAC just prior to the 40th Anniversary Season, and feel that the ideal time to depart is at the conclusion of SPAC’s 50th Anniversary Celebration Season. While I feel my energies leading me in new directions, it’s with deeply bittersweet emotion that I announce my decision to leave SPAC.”
White’s many contributions don’t begin and end with SPAC; she has lent herself to the Saratoga community and Capital Region area in many other ways: White serves on the Boards of several nonprofits, including the Saratoga Convention & Tourism Bureau, the Saratoga County Chamber of Commerce, and the Albany Colonie Chamber of Commerce. She was a member of the Saratoga 150 Committee, which headed up the 150th Anniversary Celebration of the Saratoga Race Course. She is currently a member of the Saratoga Springs Commission on the Arts. And, White has served as a Trustee for the College of St. Rose for over 10 years.
SPAC’s Board of Directors has retained the nonprofit executive search firm Phillips Oppenheim to assist in the search for a new Executive Director and President. The group has worked with some of the most respected performing arts institutions in the field, including the Brooklyn Academy of Music, the Metropolitan Opera, and the Philadelphia Orchestra.