The annual Saratoga Springs Memorial Day Parade will include many of the exciting highlights spectators look forward to every year, but this time the parade is forging a new path. 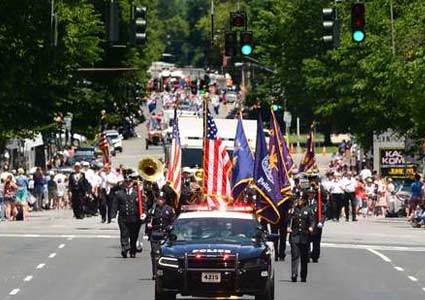 The closing ceremony will include a welcome by Mayor Joanne Yepsen, a Presentation of Colors by the Navy, the National Anthem performed by the Ballston Spa Band, and a Keynote Speech by Commander Elvis T. Mikel of the United States Navy. Also in attendance will be Assemblywoman Carrie Woerner, Congressman Paul Tonko, and Senator Kathy Marchione.

“Members of the military draw strength and continuity from remembering our Comrades in Arms who came before us and paid the ultimate sacrifice for our way of life,” Commander Mikel said in a statement.

Mayor Yepsen added, “I hope the citizens of Saratoga Springs will join with us in this remembrance by attending the parade and the following ceremony.”