Can you believe the 175th anniversary of the annual Saratoga County Fair is only a month away? To celebrate this accomplishment and the long-lasting impact the fair has had on the local community, Ballston Spa Mayor John Romano has officially proclaimed July 2016 “Saratoga County Fair Month!” 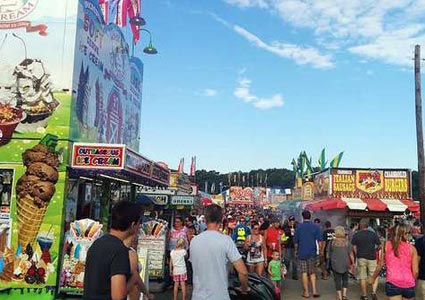 The success of the Saratoga County Fair is thanks to both the SCAS and its yearly visitors. A press release from the SCAS highlighted studies that revealed almost 60% of visitors who come to the fair and other events are from outside Saratoga County. When you consider the fact that over 94,800 people attended the fair, and over 155,000 visited the fairgrounds in 2015, it really shows how popular the fair and the site have become.
All of these visitors have had a significant economic impact on Ballston Spa and Saratoga County. Today, activities at the fairgrounds earn around $10 million annually, and to manage all these events, 150-200 jobs have been filled by local residents.
After reviewing all these numbers, it’s not surprising July 2016 was named “Saratoga County Fair Month” in Ballston Spa. From July 19-24 at the Saratoga County Fairgrounds, this year’s anniversary fair is expected to be even better than the last!