Visit Saratoga.com For Everything Saratoga
Enter Giveaways Advertise
Home  »  Community  »  A Ribbon Cutting Ceremony, a Parade, and More are Announced for the Saratoga County Fair

A ribbon cutting ceremony, parade, and performance along with a major donation have just been announced for the Saratoga County Fair. 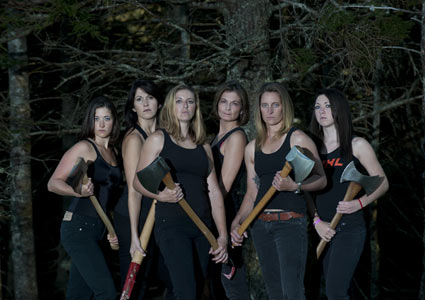 A ribbon cutting ceremony featuring the Axe Women Loggers of Maine and The Official Drumline The Buffalo Bills will be taking place at the fair on opening day: Tuesday, July 19th, at 1pm.

The women loggers will stand alongside Richard Ball, Commissioner of the New York State Department of Agriculture and Markets, Congressman Paul Tonko, Assemblywoman Carrie Woerner, Assemblyman James Tedisco, and others.
Members of The Official Drumline for the Buffalo Bills football beam will be kicking off the celebration with a small parade and performance. The Axe Women Loggers of Maine, the Boy & Cub Scout color guards from area units, and others, will be leading fair-goers to the Live Music Pavilion for the 45 minute ceremony.
The event will culminate with a ribbon cutting (and chopping!) and will be followed by photo ops, interviews, and refreshments. The media is encouraged to attend this fun event!
Refreshments include fresh dairy milk courtesy of Kings Family Farm – the only local dairy farm who still does milk bottle delivery, delicious cupcakes courtesy of MiCosta Enterprises, and entertainment by local celebrities and past talent contest winners, Justin Joyner and Rebecca Renee.
In addition, another local business has pledged their support to the fair for the 175th anniversary season: Trustco Bank.
Trustco Bank and the Saratoga County Fair have long enjoyed a prosperous and mutually beneficial relationship. This year, Trustco stepped up their support with a $5,000 donation to the Saratoga County Agricultural Society. As a gesture of thanks for their generous support, the Talent Pavilion has been renamed the Trustco Talent Pavilion.
Some of the fair’s most popular events are held in this pavilion – Talent Contests, the LEGO Contest, the 4-H Interscholastic Robotics Demonstration, and the nightly Hypnosis show, presented this year by Lance Gifford.
“Trustco Bank is proud to sponsor the 175th annual Saratoga County Fair,” Tom Poitras, Assistant Secretary of Trustco Bank, said in a statement. “The fair’s commitment to the community by providing top notch entertainment and educational value speaks to its longevity. By being a sponsor we can help sustain this great event for many [years] to come.”
The Saratoga County Fair is running from Tuesday, July 19th to 24th at the Saratoga Fairgrounds in Ballston Spa.  With brand new events this year in celebration of their 175th anniversary, the fair is sure to be bigger and better than it ever has been in years past.