#1 New York Times best-selling author Jennifer Weiner is renowned for her contributions to the popular chick lit genre. However, her upcoming book, titled Hungry Heart: Adventures in Life, Love, and Writing (October 2016), is her first official move into nonfiction. Soon after its release this year, Weiner will participate in an on-stage interview and Q&A session in Saratoga Springs on October 16! 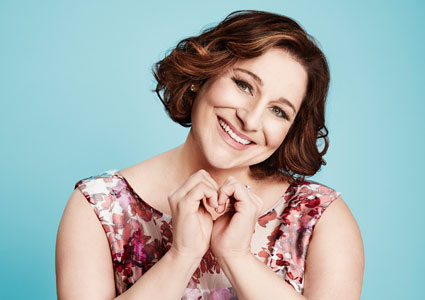 Photo Courtesy of Northshire Bookstore: Jennifer Weiner author photo © Maarten de Boer
Jennifer Weiner is well-known as an author, but she is also recognized as a Twitter phenomenon, a feminist enforcer, and a mom. Although much of her fiction writing fits into the chick lit genre, she has worked to give the often criticized genre the respect it deserves. Some of her most popular novels include Good in Bed (2001), In Her Shoes (2002), and All Fall Down (2014).
Her latest work, Hungry Heart, is a collection of essays that focuses on her personal life and thoughts on modern womanhood. The book provides a true and intimate look into Weiner’s life, covering subjects such as sex, weight, envy, money, her mother’s newfound lesbianism, and her estranged father’s death.
Hungry Heart is at times serious and moving, but it still retains the witty tone Weiner’s readers have come to know and love from her books. It’s even been compared to works by Tina Fey, Fran Lebowitz, and Nora Ephron.

The October 16 author event will be run by Saratoga’s Northshire Bookstore. The afternoon will feature Jennifer Weiner being interviewed by Elaina Richardson, President of Yaddo. Immediately following, audience members will have the chance to ask questions and stay for a book signing.

In a press release, Northshire’s General Manager Nancy Scheemaker said, “Jennifer Weiner is a cultural force to be reckoned with, with so much to say about women’s role in the literary world.”
If you’re interested in attending this fantastic author event, find out more about ticket info here. Each ticket comes with one hardcover copy of Hungry Heart, but space for the event is limited!