Editor’s Note (07/21/2016): The list of top events this weekend in Saratoga has been updated to include the Joe Gerrity Jr. Memorial Pace on July 23.

Looking for things to do this weekend? Check out these top ten events happening in and around Saratoga – including the Race Course’s Opening Day! 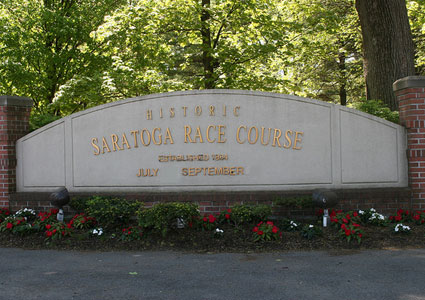 It’s finally here! The Saratoga Race Course officially opens for its 2016 racing season this Friday. Don’t miss out on all the races and special events featured at the Race Course!

The first giveaway of the 2016 racing season is a Saratoga baseball cap! The free baseball cap will be given out with each paid admission to the Race Course on Sunday while supplies last.

Saratoga Uncorked is a local celebration of fine wine, gourmet cuisine, and world class entertainment. There will be a variety of events going on in Saratoga Springs, including a wine tasting at the Race Course.

At Saratoga National Golf Club, the 65 Roses gala will take place at the end of the Race Course’s Opening Day. The evening’s entertainment will include an open bar, a silent and live auction, dinner stations, and the band Gravity.

Rubik’s cube magician Steven Brundage, who recently appeared on America’s Got Talent, will perform an extraordinary set of tricks at the Saratoga Hilton this Friday night.

Some of the nation’s top thoroughbreds, including the 2015 defending champion PH Supercam, will compete this Saturday at the Joe Gerrity Jr. Memorial Free for All (FFA) Race at the Saratoga Casino Hotel’s harness track!

In support of New York’s Special Olympics, the Silks & Satins 5K Run takes participants on a tour of Saratoga Springs along a fast and flat course.

The New York City Ballet Gala, themed the “Golden Anniversary Gala,” will be highlighted by a world premiere ballet at SPAC on Saturday night.

View the list of special events at the Saratoga Race Course >>