Saratoga Springs is full of hotspots and things to do, but that also means it can get extremely busy and crowded. To address this issue, Saratoga Springs has introduced a draft for a Complete Streets program, which has been designed to make the city’s roads and sidewalks accessible for everyone — including pedestrians, cyclists and drivers. 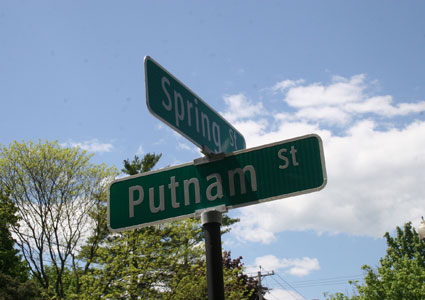 The City Council adopted a Complete Streets policy in 2012, but it wasn’t until 2014 that the initiative really got underway. In a WAMC article, Mayor Joanne Yepsen said, “People want this. The city, residents are really crying out for bike lanes, bike safety, walkability. And that’s exactly what we’re going to give them.”

Kate Maynard, the principal planner with Saratoga Springs, told the Saratogian, “With Complete Streets you’re looking to integrate into our city streets and public spaces all modes and abilities.” The program addresses wheelchair accessibility, strollers, and much more.

However, there is still work to be done. The program is connected to other large projects, such as the Comprehensive Plan and Greenbelt Trail. Those initiatives will be developed alongside Complete Streets. Right now, the public is welcome to review the proposed program online and give their thoughts on it.

In the Capital Region area, Saratoga Springs will be joining Albany, Troy, and Bethlehem, who have all developed Complete Streets programs.