Visit Saratoga.com For Everything Saratoga
Enter Giveaways Advertise
Home  »  Events  »  Your Last Chance To Attend a Rooftop Concert in Saratoga is This Friday!
As the summer comes to a close, so does the Tang Museum’s free concert series, UpBeat on the Roof. This Friday, August 26th, is your last chance this year to see an awesome artist perform on the roof of the museum. 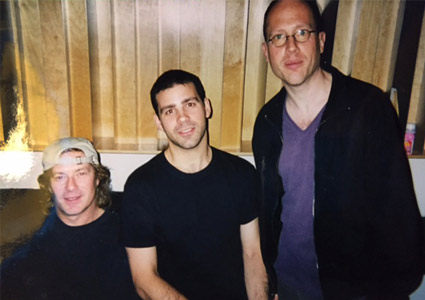 Random 33, photo provided by the artists

Random 33 is performing at the final show of the season, which also happens to be their first UpBeat on the Roof appearance.

The group of three started out in 1998 doing covers, instrumental, and improvised music. Carl Landa is on piano and synthesizer, Scott Morehouse is on drums, and Sam Morrison is on saxophone.
Landa is the Music Director of the Dance Department at Skidmore College, and has composed scores for dance, video, film, and television. Morehouse has been a drummer and a dance accompanist since 1999. Morrison is best known for being a member of the last Miles Davis Group, and has played with many other bands.
The UpBeat on the Roof concert series always includes a wide mix of artists and groups – and the shows take place on the roof of the museum! (Performances are inside in the event of rain.)
The performance starts at 7pm on Friday – visitors are advised to arrive early because of the popularity of the shows. Parking is free and is adjacent to the museum, located on the Skidmore College Campus.