Visit Saratoga.com For Everything Saratoga
Enter Giveaways Advertise
Home  »  Community  »  Get Ready For the First Maserati Giveaway in the Capital Region

If you haven’t been to the re-branded Saratoga Casino Hotel, then you should make a trip soon. Anyone who has played a game on the casino floor with a Saratoga Club card through August 20, 2016 will have a chance to win a brand new Maserati GHIBLI! 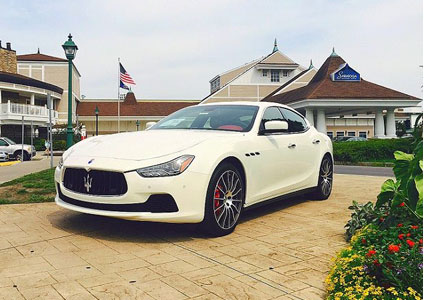 In conjunction with Maserati of Albany, the Saratoga Casino Hotel will hold the Capital Region’s first Maserati giveaway this coming Saturday. It’s recognized as the largest single prize giveaway in the hotel’s history.

The hotel, which opened just last month, has a rewards program called Saratoga Club. Sign-up for Saratoga Club is free, and all members that have played games in the past three weeks have already earned entries for the Maserati giveaway. A membership is required if you want to have a chance to win.
During the giveaway, the winner of the Maserati can choose an immediate $45,000 cash payout option instead of the car. Aside from the main prize, there will be more than 30 other winners of $250 Free Play.
Entries can be earned for the giveaway through August 20, and drawings will begin that afternoon at 2:00PM. The winner of the Maserati will be picked during a midnight drawing.
In a press release, Rita Cox, Senior Vice President of Marketing at Saratoga Casino Hotel, said, “This promotion continues the celebration that began when we opened our hotel nearly a month ago.”
If you would love to win a Maserati, then head over to the Saratoga Casino Hotel’s gaming facility, open 9:00AM-5:00AM daily.