Although he was scheduled to perform Rachmaninoff’s Piano Concerto No. 2 with The Philadelphia Orchestra next Wednesday at the Saratoga Performing Arts Center, André Watts was regrettably forced to withdraw due to health concerns. 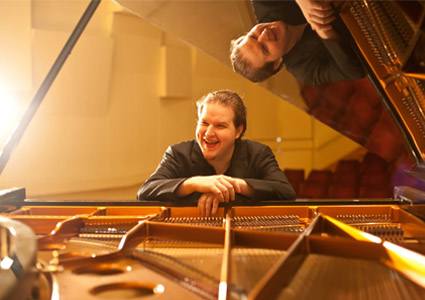 Vondráček recently won the prestigious Queen Elisabeth International Grand Prize at the Queen Elisabeth Piano Competition, and is widely regarded as an incredibly gifted musician. Since his first public appearance at age four, Vondráček has performed in places like Paris, Brussels, and New York, and has released a pair of commercial recordings.
“We are saddened that these circumstances prevent André, who has been a friend to SPAC since 1973, from returning to our stage,” said Marcia J. White, SPAC’s President and Executive Director, in a statement. “Given this situation, we are very pleased that Lukáš Vondráček will step in to perform Rachmaninoff’s Piano Concerto No. 3. This performance will constitute Lukáš’s SPAC and Philadelphia Orchestra debuts – an event we await with eager anticipation.”
In addition to Rachmaninoff’s Piano Concerto No. 3, the program on August 17 will include Grieg’s Suite No. 1 from Peer Gynt and Sibelius’s Symphony No. 5.