Looking for something exciting to do this weekend? Check out these eight events happening in and around Saratoga! 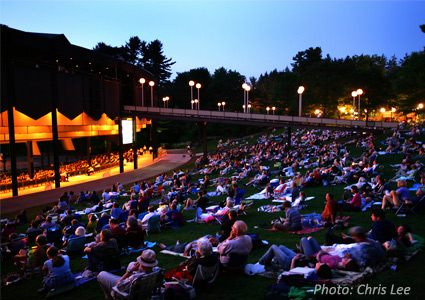 1. UpBeat on the Roof: Hot Club of Saratoga

The UpBeat on the Roof free summer concert series on the roof of the Tang Teaching Museum at Skidmore College highlights regional musical talent in an array of styles. This week’s featured performer is jazz ensemble Hot Club of Saratoga.

Master magician and America’s Got Talent contestant Steven Brundage will perform an extraordinary set of magic tricks on Friday evening at The Saratoga Hilton! Tickets are just $20, but you’ll want to get yours in advance before they sell out.

3. The Philadelphia Orchestra at SPAC

The Philadelphia Orchestra’s summer residency at SPAC continues this weekend with two performances. Friday’s featured piece will be Stravinsky’s The Firebird, complete with puppeteering that brings the Russian fairytale ballet to life. Saturday’s performance is called “Sophisticated Ladies” and celebrates the groundbreaking icons of American popular song.

There will be two Polo matches this weekend, on Friday and Sunday evenings. The games begin at 5:30pm, and tickets can be ordered in advance.

The Saratoga Automobile Museum will host a Jaguar Car Show on Saturday from 8:00am – 3:00pm. Check it out!

Join Druthers Brewing Co. in supporting the Glens Falls Medical Mission to Guatemala in a run through Saratoga Spa State Park on Saturday! A 10K run starts at 9:00am, followed by a 5K run/walk at 9:30am. Race day registration is available. Druthers’ refreshments will follow the race.

The 3rd Annual Balloon Walk to benefit The Wesley Community is scheduled for Saturday morning. Participants will receive balloons during the walk, creating a parade of color along the route. Following the walk, there will be a BBQ lunch.

Enjoy a one-day exploration of historic sites along the Hudson River/Champlain Canal corridor, beginning at Hudson Crossing Park, just north of Schuylerville. Expert historians at each stop will introduce cyclists to local historical events that led to the Battles of Saratoga.

Check out what’s happening at the Race Course this week >>