Visit Saratoga.com For Everything Saratoga
Enter Giveaways Advertise
Home  »  Events  »  It’s Travers Week! Here Are 7 Great Events For You to Enjoy in Saratoga This Weekend: August 26-28

Keen Ice won last year’s Travers Stakes, but who will win this year? Get ready for Travers Day, visit the Washington County Fair, and check out five other fantastic events going on this weekend in Saratoga! 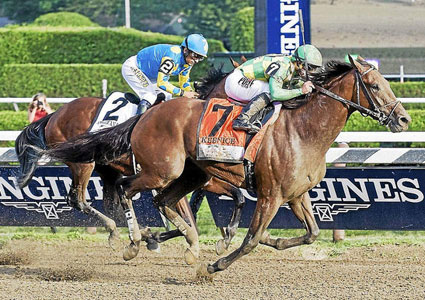 The semifinals and finals of the SPA Anniversary Cup will be played at Whitney Field or on adjacent fields this Friday and Sunday. You won’t want to miss these exciting polo matches!

Get ready for Travers Day by attending a Travers-themed evening event at the National Museum of Dance, which will recognize 2015 winner Keen Ice. There will be an open bar, gourmet dinner stations, and live music. Call ahead to check ticket availability at 518-584-1621.

The 2016 Rio Olympics have ended, but the games will continue on at Artisanal Brew Works in Saratoga. Participants will have a chance to play a variety of fun lawn games, including bocce, ladder ball, and cornhole.