Visit Saratoga.com For Everything Saratoga
Enter Giveaways Advertise
Home  »  Fun Stuff  »  The Polar Express™ Is Now Running From Saratoga To The North Pole

We had a chance to ride the Polar Express™ from Saratoga Springs to the North Pole on Friday, and it was a blast! My wife and I went, and we brought our two nephews, who are five, and four years old. 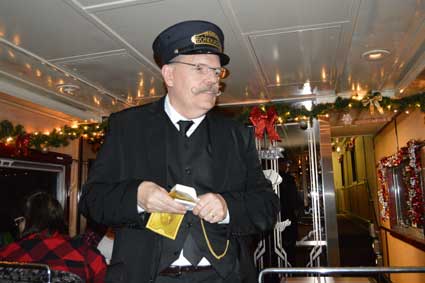 We got to the train station a little early knowing that it can take extra time to do, well, anything with two little boys. Luckily there was some stuff to look at around the train station to keep them occupied. The decorations were great, and there was a table set up in the corner where the kids could write letters to Santa and stick them in the mailbox.

After making our way out to the platform at about 7:15pm, we were greeted by the conductor. He was very nice, and played his character well – the kids got a kick out of him. We boarded the lower portion of the dome car and took our seats. 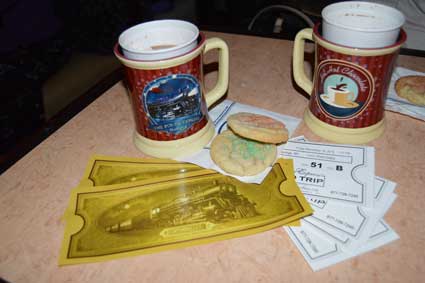 It wasn’t long before we were rolling north, and the attendants came with hot chocolate and cookies (straight from Mrs. Claus’ kitchen). We sipped the hot chocolate and followed along with the story being read over the loud speaker. At one point, the conductor came to visit us. He punched the golden tickets that the boys had, and informed me that I would end up on the roof with the hobo if I didn’t sing along with the Christmas carols. Of course I obliged, who wants to hang out on the roof with the hobo? 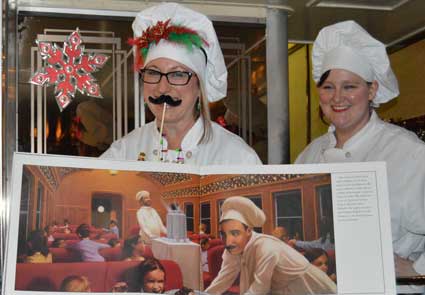 We got to the North Pole about a half hour after we left the station. Outside the train we could see Santa’s workshops, elves working away in the windows, and a few more that were dancing and waving outside the train. Then the elves boarded the train and danced around, sang carols, and visited with all the children. Believe it or not, these little kids had A LOT to say to the elves. 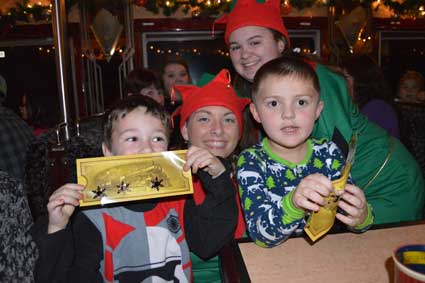 While Santa and the elves were interacting with the little ones, the train started rolling back towards Saratoga (some of the kids didn’t even notice). Santa came by and gave each child a special gift, a silver bell like the one in the story. 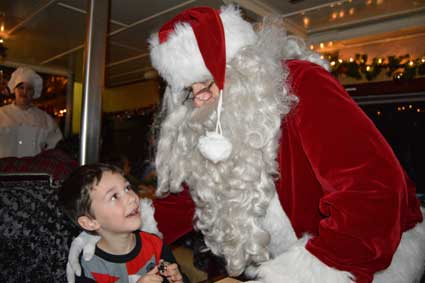 The kids went on a tour of our train car with the elves, and then came back to their seats to sing carols and finish up their hot chocolate. We did a group photo with all of the kids at the front of the car, and a few elves.

The trip was the perfect length for the kids, and a ton of fun! If you have Believers in your family, this is the holiday trip for them!