Over the past few years, there have been plans to make Saratoga County much more accessible by expanding the region’s recreational trail network. Thanks to two significant grants awarded by New York State’s Regional Development Council, the Saratoga Greenbelt Downtown Connector Trail and the Zim Smith Trail will both receive new trail extensions! 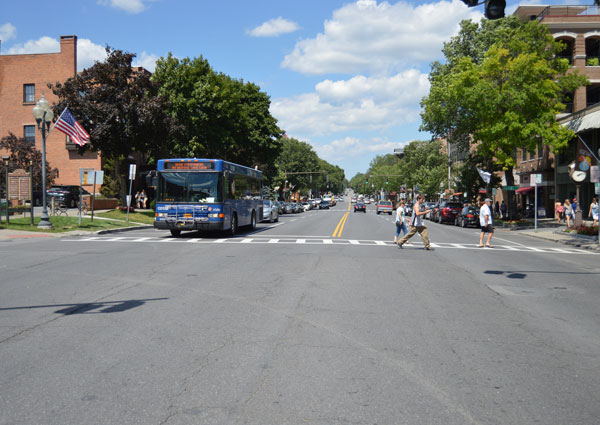 The Saratoga Greenbelt Trail is an ongoing project that aims to create a 24-mile network of recreational trails throughout Saratoga Springs. The network would connect trails and feeder streets to form a continuous loop, which would making traveling through the Spa City easier for pedestrians, bicyclists, and others.

One of the key parts of the Saratoga Greenbelt Trail is the Downtown Connector, which will travel from Route 50 to the heart of downtown Saratoga. The planned section of trail will be 1.66 miles long, and it will run from the corner of Maple and Lake Avenues to Route 50 and the eastern loop of Excelsior Avenue.

Some of the new features along the 8-foot wide trail will include bike racks, benches, LED streetlights, and some landscaping. The plan is for the trail to have some off-road sections and some parts on a widened road shoulder.

As part of the Regional Development Council’s Awards, the City of Saratoga Springs has received a $1,134,333 grant to move forward with the construction of this Downtown Connector. The city has to match these funds, and it expects to through a combination of $830,000 in taxpayer dollars, $150,000 from recreation fees, and $151,000 in private donations.

For many, the Downtown Connector will not only help make Saratoga Springs more accessible, but it may lead to further trail extensions in the future.

The Zim Smith Trail is a 9-mile recreational trail that connects the communities of Ballston Spa, Malta, Round Lake, and Halfmoon. The trail opened in 2010, and it has been recognized as a national recreational trail by the U.S. Department of Interior and National Park Service.

The trail is maintained by Saratoga County, and earlier this year, there were plans to extend it into Mechanicville. Those plans will finally move forward as a result of the Regional Development Council’s $500,000 grant to Saratoga County.

About $4.9 million in federal dollars has already been approved for the Zim Smith Trail extension project, and this latest grant will allow the county to start designing and constructing the trail. Funds will go toward clearing the trail corridor and buying a few pieces of property.

Basically, the trail extension will be 3 miles long and travel from the end of the Zim Smith Trail at Coons Crossing Road in Halfmoon to Mechanicville. The extension will be located parallel to existing railroad tracks and end near the Champlain Canal recreation trail.

Right-of-way negotiations with local property owners around Halfmoon are underway. The hope is for trail construction to begin around late 2017-early 2018, and then to complete the trail by late 2018-early 2019.

Are you looking forward to the construction of new recreation trails?