This year’s Saratoga Showcase of Homes  raised a considerable amount of money, which has been donated to two local charities. The Saratoga Builders Association which runs this event has also announced the 2016 People’s Choice Award winners, and the dates for the 2017 Showcase of Homes! 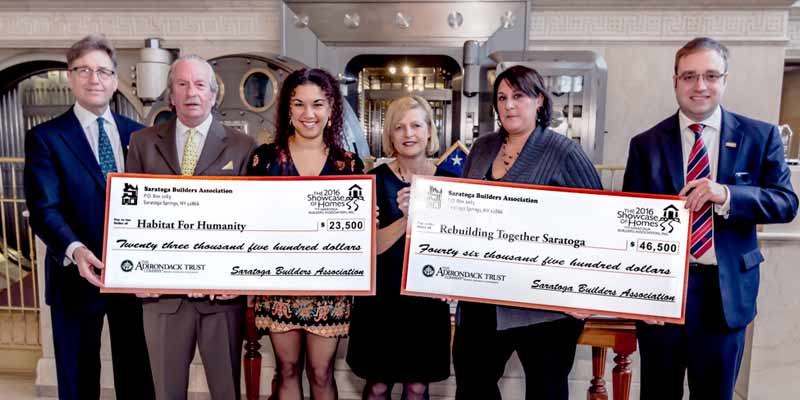 The Saratoga Showcase of Homes raised $70,000, which is benefiting Rebuilding Together Saratoga County and Habitat for Humanity of Northern Saratoga, Warren and Washington Counties.

This is the highest amount raised by the event in the past five years. At this point, having run the event for 21 years, the Saratoga Builders Association has now contributed over one million dollars to local charities.

The 2016 Showcase of Homes highlighted 16 award-winning builders and their work through 19 homes over three weekends in the fall. Over 3,500 people purchased tickets to tour these homes.

This is truly a unique and special event, where guests are allowed a firsthand opportunity to observe current trends in interior design and decorating in the local area.

The winners have been announced!

The dates for the next Showcase of Homes are: September 16-17, September 23-24, and September 30-October 1. This is an exciting event the Saratoga area looks forward to every year, so mark your calendars and keep an eye out for when tickets go on sale!

Saratoga Builders Association is a trade association that represents the building industry in Saratoga County. Members include residential and commercial builders, developers, remodelers, building material suppliers, architects, engineers, and others. The group aims to preserve quality of life in Saratoga County through continued growth and prosperity.