Have you heard of local photographer Gail Stein? She writes a blog called Frozen Moments and currently has a 2017 calendar for sale featuring her fantastic Saratoga photography. We recently had a chance to catch up with Stein and we learned a lot about her and her passion!

Here’s what makes Stein so uniquely qualified to capture all those precious moments in Saratoga! 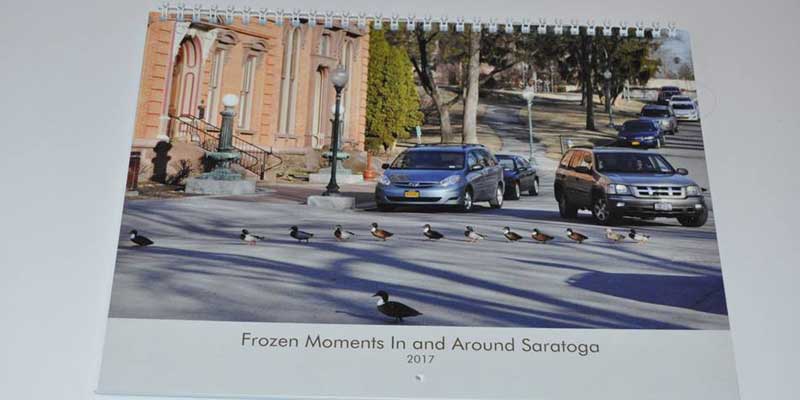 How Stein Fell in Love with Photography

Stein became really interested in photography with the birth of her first child in 1984. Like many new parents, she wanted to capture every single facial expression, milestone, and moment.

Years later, during the “empty nest” phase of her life, Stein found herself going through major changes personally and professionally.

“I would run three to five miles every day on the bike path down by Carney’s in Ballston Lake with my chocolate lab, Maddy, and we would take off into the woods to run the trails there in an attempt to relieve the stress,” she says. “I started noticing how beautiful all the trees looked once their leaves fell off. I started paying more attention to the scenery around me.”

Calmed by the surrounding woods and trails, Stein began utilizing her camera phone to take pictures during her excursions. Shortly thereafter, her son bought her a Nikon camera.

“There was no turning back,” Stein says. “I was hooked.”

During this transitional period of her life, Stein sold her home in Burnt Hills where she’d lived for 31 years, deciding on Saratoga for her new home. Growing up in Burnt Hills, she’d spent many of her teenage and college years enjoying a social life in Saratoga.

“Once I moved here, I made it a point to start exploring the area and learning about my new city, beyond what I had known about it growing up,” Stein says. “There is so much natural and architectural beauty, in addition to the fascinating history, the race track, and Yaddo. It is a feast of photographic possibilities.”

Stein has lived in Saratoga for three years now. While she believes every city has its own appeal and history, for her Saratoga represents her new start: “In that regard, everything is more beautiful to me here. . .Everything about Saratoga charms me and begs to have its picture taken.”

Stein spends a lot of time walking around taking in all the photo opportunities. In addition to the scenery and history, she’s also attracted to the wonderful people – Stein has met many new friends here and believes this is the best place she could have moved. 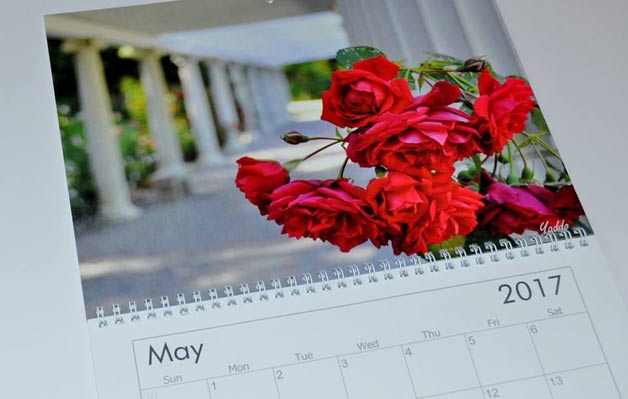 When asked what aspects of Saratoga she prefers to focus on in her photography Stein replied, “I’m open to most anything. I try to see things from a different perspective and, if a good shot catches my eye, I will just stop what I’m doing and take a photo.”

That being said, Stein does say she’s partial to early morning photos, being a morning person herself. She loves the track early in the day with its “diffuse sunlight and rolling fog,” and Broadway as well.

Stein enjoys Broadway “before it comes alive with pedestrians and traffic. I enjoy taking photos of the storefronts without the distractions of later in the day. I also enjoy seeing shopkeepers cleaning their sidewalks, bringing in supplies, and getting ready to start their day.”

How to See Stein’s Work

Right now, Stein is concentrating on her blog and Facebook page to showcase her stunning photography. She especially enjoys when people comment or message on Facebook to let her know the photos brought back memories if they no longer live here, or that Stein’s photos allowed them to see something in a different way.

“I think it’s great that I can do that for people while I am doing something that I truly enjoy, and I am continuing to learn more about Saratoga,” Stein says.

If you’re interested in purchasing Stein’s calendar with some of her most popular photos – favorites of hers, and those that have been most popular with others – go to her Facebook page and click on the email button to order – they’re just $20 each! This could make a really unique and budget-friendly gift for the Saratoga-lover in your life.