Just last month, the City of Saratoga Springs received a $1.1 million grant from New York State’s Regional Development Council to help fund the ongoing Greenbelt Trail project. Now, the wheels are in motion for the city to create the crucial Downtown Connector trail! 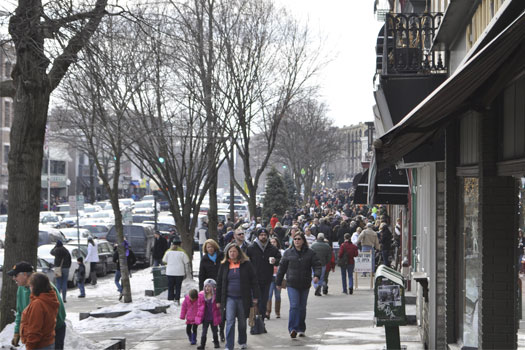 This Downtown Connector is an essential part of the Saratoga Greenbelt Trail – a visionary 24-mile trail network in Saratoga Springs. Once completed, the goal is for the Greenbelt Trail to connect feeder streets and recreational trails throughout the city and form a continuous loop!

This groundbreaking project has the potential to improve access for local walkers, bicyclists, and other trail users exponentially. Furthermore, the Greenbelt Trail will encourage non-motorized transportation and support a greener infrastructure.

One of the key sections of the Greenbelt Trail is the $2.27 million Downtown Connector. This 1.66-mile connector trail will start at the corner of Maple Avenue and Lake Avenue and then extend toward a new Exit 15 recreational trail over Route 87. This will provide safe and easy pedestrian access to the High Rock Spring area of Downtown Saratoga.

Thanks to the recent state grant, the city is one step closer to beginning construction of the Downtown Connector. The grant will fund roughly half of the project, with the rest coming from private in-kind services, local taxes, and recreation fees.

According to the Saratogian, there are a few more steps before actual work on the project can begin:

Once they have all been completed, work on the Downtown Connector will hopefully begin soon after.

Are you excited to see Downtown Saratoga become more accessible?