Visit Saratoga.com For Everything Saratoga
Enter Giveaways Advertise
Home  »  Sports and Racetrack  »  Harness Racing is Back at Saratoga Casino Hotel for its 76th Year! 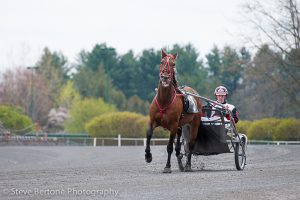 The harness track is open at Saratoga Casino Hotel!

The 2017 harness racing season at the Saratoga Casino Hotel began on February 19 and will continue through the summer. All February race dates have a 12:15 p.m. post time and Thursday races have been scheduled to an earlier 12:15 p.m. post time throughout the season. The full 2017 schedule is available here.

“We recognize the importance of delivering an exceptional harness racing product to our guests, as that entertainment option can only be offered regionally here at Saratoga Casino Hotel,” said John Matarazzo, Director of Racing Operations at Saratoga Casino Hotel, in a statement. “We look forward to welcoming back all of our racing fans as we gear up for another exciting season.”

Highlights of the upcoming season include the ninth annual Joe Gerrity, Jr. Memorial Pace on July 22. The race will feature one dash for $260,000. Wiggle It Jiggle It, last year’s Gerrity Champion and 2016 “Harness Horse of the Year,” has received an automatic invitation to this year’s race.

“Our Horsemen are all looking forward to getting back to racing, as they will be competing for nearly $16 Million in purses this season,” Tom McTygue, President of the Saratoga Harness Horsepersons Association, said in a statement.

The Saratoga Casino Hotel expects social media to continue to build its presence and role in the 2017 harness season. Fans are encouraged to follow @SaratogaCasino on Twitter and Instagram and use @SaratogaHarness to share photos and videos at the track. The social media accounts will include pre- and post-race coverage, behind-the-scenes looks, and exclusive race insight from announcer Mike Sardella. There will even be a social media contest with a top prize of an all-expense paid trip to the Kentucky Derby, so be sure to keep an eye on their social media and the Saratoga Casino Hotel website for more information and additional details as they’re released!