We urge you to contact individual businesses to confirm their hours before visiting, while we flatten the curve through social distancing.
Visit Saratoga.com For Everything Saratoga
Enter Giveaways Advertise
Home  »  Community  »  Ballston to Vote on Controversial Land Development of Pre-Historic Archeological Site Feb 22 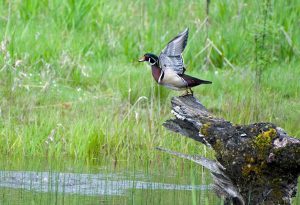 The Town of Ballston Planning Board will vote at 6:30 pm on February 22, 2017 on the controversial high-density residential development Abele Woods off Exit 11.

The disputed parcel happens to be a 96-acre pre-historic site dating back more than 2,300 years with a repository of more than 2,000 artifacts, according to the Saratogian. Additionally, the center of the parcel is a 17-acre wetland area with a diverse ecosystem that includes the spotted turtle, currently on the New York State Department of Environmental Conservation’s list of “Species of Special Concern”.

When the board initially voted to move forward with planning for the residential development in 2014, the decision was made based on the developer’s submitted Environmental Assessment Statement and the board did not request a separate Environmental Impact Statement.

Currently, the development plan calls for 123 single-family homes, 22 twin-townhomes, and 60 multi-family apartment units. According to the Saratogian, there would be 12 different stream crossings, seven storm basins, and retaining walls intended to protect homes from the “extremely high water table and poorly draining soil”.

Residents fighting the development cite the high water table and poor building conditions alongside the importance of the wetlands and historically significant archeological site among their reasons the Town Planning Board should revisit the decision.

Board member Chuck Curtiss, who was elected to the board in 2015 – after the original plan was approved – has joined with another board member to propose a moratorium to halt any further land development. Curtiss told the Saratogian that the 2014 approval of the Abele Woods subdivision was “a terrible decision that should never have been passed”. Curtiss and others want to review zoning of certain land areas, including the disputed parcel. In order to do this a moratorium would have to be passed into law. Until then, property owners have the right to develop land as it is currently zoned.

Town Planning Board Chairman Jeffrey Cwalinski told the Saratogian that the Army Corps of Engineers “took mitigation measures, which they shared with local Native American tribes” after being given documents related to the site’s pre-historical and archeological significance. Cwalinski also said that after reviewing the measures local tribes were satisfied with the plan’s measures to protect the land.

Saratogian: “Ballston town board to vote on controversial development next week”