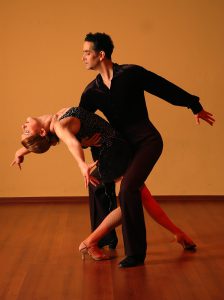 A lot of change is coming to Saratoga’s business and restaurant industries this spring! From new Saratoga restaurants and dance studios to plans that may bring up to 100 new jobs to Saratoga Springs, the business community is feeling bullish on Saratoga.

Beth McClain, formerly of Manhattan, is joining the team at Saratoga’s leading luxury design emporium, 23rd [and Fourth]. McClain will be the showroom manager and oversee the design center’s day-t0-day activities while providing customer support, enabling owners Janet Longe and Jamie Davies to expand their client services and spend more time with clients. The design center showroom is located at 130 Excelsior Ave on the ground floor of the new Empire Run apartment building. McClain “is totally on board with our design aesthetic,” Davies said in a statement. “But more importantly, she has an eye for this and it really shows.” Welcome to Saratoga, Beth!

SKS Bottle & Packaging began in 1986 in Saratoga County and has since moved around quite a bit in the Capital Region. Currently located in a 102,000 square foot facility in Watervliet, SKS anticipates outgrowing their current location. According to WAMC, the company is working with the Saratoga Economic Development Corporation to move to a 22-acre site off Geyser Road. The 128,000 square foot site would house headquarters along with a warehouse and distribution center. The company currently employs 100 employees and looks to add more jobs in the next three years.

A new dance studio offering private and group instruction in ballroom, Latin, and social dancing has opened at 426 Maple Ave. The company was originally co-founded by Fred Astaire in 1947 and now has 170 studio franchises all over the world. Dance partners Grey Masko and Elizabeth Haynor have opened the new Saratoga Springs studio in partnership with Boris and Sasha Spitchka, who own the Fred Astaire studio in Latham, according to the Saratogian.  Students of the new studio will have the opportunity to participate in showcases and competitions, and the studio will have bi-monthly dance parties. “We hope to offer a place where people can come and meet new people, have fun, have a social outlet and realize they can do something they didn’t think they could do before” Haynor told the Saratogian. Vive la danse!

Legend’s Cafe Closes, To Be Replaced by Glens Falls Favorite

The Saratoga Food Fanatic reports that Legend’s Cafe has officially closed and the location will soon feature a Dizzy Chicken, the Glens Falls wood-fired rotisserie chicken and BBQ, fast-casual favorite.

Julia Sanzen of Paddock to Porch Hospitality Group is planning to open a new brunch hall in the former Hidden Garden’s space at 35 Maple Ave, according to the Saratoga Social. Sanzen is envisioning a “fine casual” experience where diners order and pick up casual gourmet at a counter, then choose your seat among the many indoor and outdoor seating options. The third floor of the space will be open for private events, and the restaurant’s menu is expected to feature creative twists on classic brunch items.

Check out other recent happenings in Saratoga Springs >>