And they’re off! The 2017 summer meet at Saratoga Race Course begins this Friday, and you can look forward to tons of exciting races and special events this weekend and in the weeks to come. But that’s not all! All throughout Saratoga Springs, you can find summer entertainment as far as the eye can see, including the Saratoga County Fair, live music, and more. 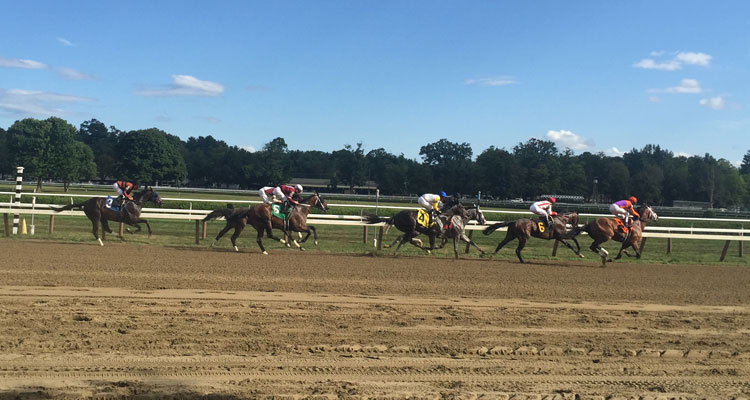 Prepare For Opening Weekend at Saratoga

After much anticipation, Opening Day at Saratoga Race Course has finally arrived. This Friday, gates will open at 11:00am, and the first post time will be 1:00pm. Head on over and watch the two named stakes races: the Grade III Schuylerville and the Grade III Lake George.

The first giveaway day at Saratoga Race Course is this Sunday, and it is a red and white 2017 Saratoga Baseball Cap! The item is free with each paid admission to the Race Course.

One of the early highlights at Saratoga Race Course this year will be the 26th annual Hat Contest. During this event, visitors will go head-to-head for prizes in different hat categories, including the most creative headwear and a category just for children. Prizes are provided by Hatsational by DEI.

Get Festive This Weekend

It’s time to go to the fair! The 176th Saratoga County Fair is well underway and will be open through this Sunday. Bring the whole family and check out all the fun rides, cool exhibits, live music, and of course, the amazing fair food. The fair is open 9:00am to midnight daily, and general admission is $12pp.

The Saratoga-Wilton Elks Lodge #161 will host their first ever Vets Charity Bike Ride this Sunday starting at 7:00am. The ride is designed for bike enthusiasts and features two different routes you can take. All funds raised will go toward the Elks Veterans Charity, which works to improve the lives of local veterans.

This Saturday, the 21st annual Silks & Satins 5k Run will take place at Fasig Tipton in Saratoga Springs and help raise funds for Special Olympics New York. This fun run will take participants on a tour of the city, and it will kick off at 8:00am. Registration is $30 on the day of the race.

Saratoga Shakespeare in the Park: A Midsummer Night’s Dream – Today Through Saturday, July 29

Don’t miss out on Saratoga Shakespeare in the Park this weekend! The current play is “A Midsummer’s Night Dream,” and it will be performed daily at the Alfred Z. Solomon Stage in Congress Park through Saturday, July 29. Admission is free.

Gather up your friends and family and head over to the War Memorial in Congress Park for a free Sunday evening concert by Hot Club of Saratoga! The rain location will be the nearby Heritage Area Visitor Center.

Never been to a polo match before? Visit Whitney Field in Greenfield Center this Friday and Saturday for Saratoga Polo Association’s Veuve Clicquot Challenge Tournament. Matches begin at 5:30pm each day, and admission varies based on seating.

Get more info about the Race Course >>