It’s showtime! The highly anticipated boxing match between Floyd Mayweather Jr. and Conor McGregor is scheduled for this Saturday night at the T-Mobile Arena in Nevada, and sports fans around the world will be watching it live on PPV.

If you’re looking for a place in Saratoga to watch the match on TV after the Travers, then you’re in luck! Here are some great places that will be airing Mayweather vs. McGregor this Saturday. 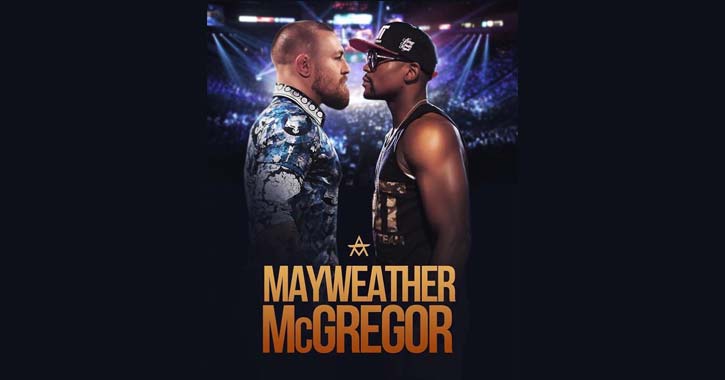 Recognized as one of the biggest combat sports events in recent history, the boxing match between Floyd Mayweather Jr. and Conor McGregor will be one for the ages. Airing live on PPV, the start time for the main card will be 9:00pm ET.

If you don’t want to pay full price to watch the event at home, or are planning to be out in Saratoga after the Travers has ended, then these are the places you should check out!

Saratoga Bars Where You Can Watch The Boxing Match

Head over to Peabody’s on Phila Street from 7:00pm-2:00am on Friday for Mayweather vs. McGregor. You can watch the undercard at 7:00pm, and then prepare for the main event later on in the night. Bring your friends, grab a drink, and enjoy this historic event.

The West Side is planning on airing the fight this Saturday night. The bar will be open, but if you arrive after 10:00pm, there will be a cover charge.

Take a stroll down Broadway to Saratoga Stadium for “The Money Fight.” If you’re interested in a table for the event, you’ll want to give the restaurant a call or message ASAP. There is a spend minimum for table reservations.

Where will you be watching Mayweather vs. McGregor?