We went to see the Philadelphia Orchestra on opening night at Saratoga Performing Arts Center (SPAC), and we can confidently say that you should go see them too! There are more upcoming performances through August 19 that are sure to satisfy your classical music craving. With incredible musicians and conductors, special guests, sound effects, and even popular films, you’ll want to stay at SPAC listening to the orchestra for the rest of the summer. 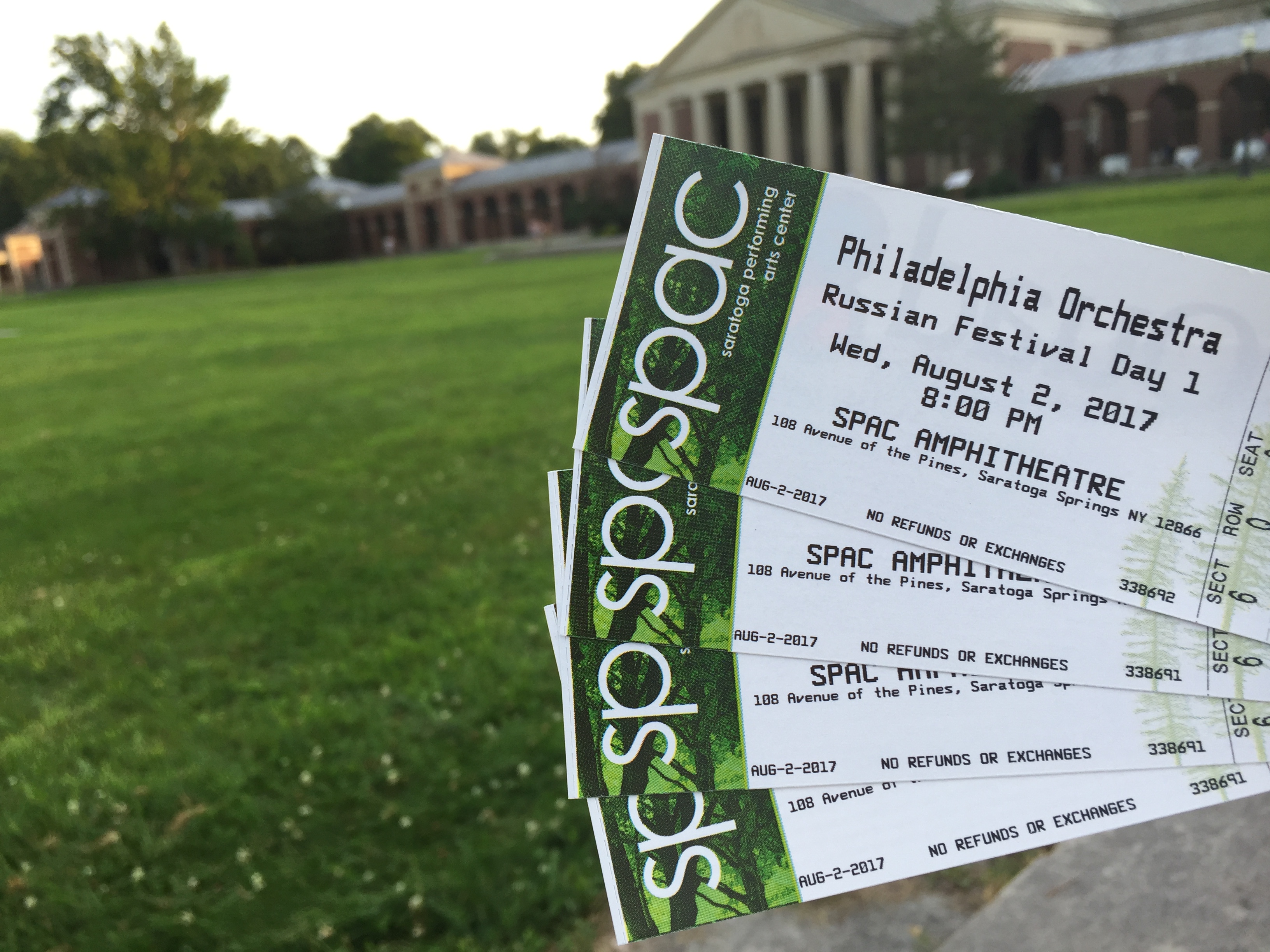 On Wednesday, August 2, the Philadelphia Orchestra held the opening night of their SPAC summer season, kicking off Day 1 of the Russian Festival, and we were lucky enough to attend the show. The Philadelphia Orchestra is one of the best orchestras in the world, and we are fortunate that they are spending August in upstate New York, with another 10 shows to go! Conducted by Stéphane Denève, the orchestra showed off its musical prowess with a program full of Tchaikovsky and featuring one piece by Musorgsky.

One of the highlights of the show was the group of selections from The Nutcracker – and really, what could be better than a little taste of Christmas in August? We also learned that a performance by the Philadelphia Orchestra is visual as well as auditory; cue New York City Ballet dancers Ashley Bouder and Andrew Veyette who joined the orchestra onstage for Tchaikovsky’s pas de deux from The Sleeping Beauty.

The night closed with a bang – literally! Live cannon fire accompanied the orchestra for the end of the 1812 Overture, an extremely difficult piece that the performers made to look and sound vibrantly effortless. If that wasn’t enough, the night closed with a fireworks show over the reflecting pool for the audience to enjoy as they made their way out of the amphitheater.

Sounds amazing, right? We here at Saratoga.com had a fantastic time, and we want you to have a jaw-dropping experience too! Check out the Philadelphia Orchestra’s remaining performance schedule below to find a date this August to head to SPAC for a night filled with music and enjoyment.

Spanning Russian romantics (with aerial flyers!) to aliens and back down to earth to take a visit to France, the Philadelphia Orchestra has plenty of breathtaking music for everyone. All shows are at 8 pm. Purchase tickets for one of the orchestra’s remaining summer performances, including: 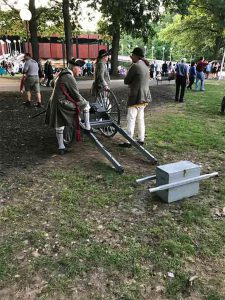