We’ve got a long weekend ahead of us in Saratoga Springs, so don’t let it go to waste! From Closing Week at the Track to live music in the heart of downtown, there are plenty of ways you can make this a fun-filled weekend. 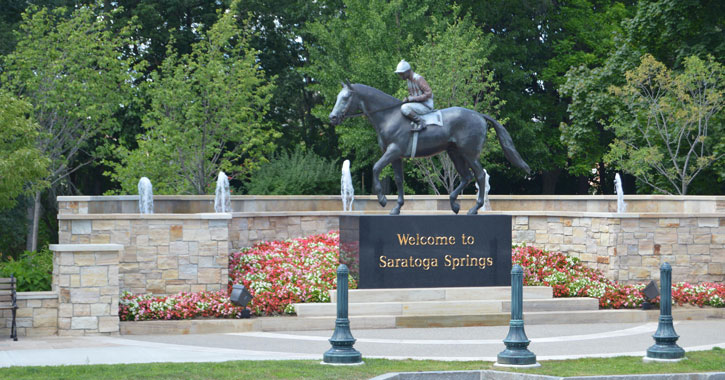 The 64th running of the historic Woodward, presented by NYRA Bets, will anchor another fantastic day of racing during the final Saturday of the 2017 Saratoga meet. The G1 Spinaway will also be featured on Woodward Day.

The final giveaway day has arrived at Saratoga Race Course! This Sunday, a Saratoga Wall Clock, presented by Foxwoods Resort Casino, will be given away with each paid admission to the Track, while supplies last.

This Monday will be the last day of Saratoga Race Course’s 2017 meet, so don’t miss out on the traditional final feature race – the 113th running of the G1, $350,000 Hopeful for two-year-olds, which showcases potential standouts in next year’s Triple Crown series and Travers.

Celebrate Closing Week at Saratoga Race Course with a festival in downtown Saratoga! The Final Stretch Music Festival will take place on Saturday night at multiple downtown venues and include performances by Fenimore Blues, Saratoga Soundtrack Chorus, and more.

Visit The Saratoga Winery for some Saturday Night Vibes from 8:00pm-11:00pm! DJ Damon will be playing all the best party music on the deck throughout Saturday night. You can also enjoy Pick Six Vodka sampling, wood-fired pizza, fire pits and lawn games, and more.

Join Forno Bistro for a Z Alexander Backyard Barbecue Tailgate Party Wine & Food Tasting this Saturday before the Zac Brown Band concert at SPAC. The cost to attend is $40pp, and reservations are highly recommended to guarantee attendance.

Check out Whitney Field in Greenfield Center this Friday and Sunday for Saratoga Polo Association’s Polo Hall of Fame Tournament. Matches kick off at 5:30pm on both days, and admission prices are based on seating.

The 3rd oldest fair in New York State is currently underway – the 197th annual Schaghticoke Fair! Bring the family over to the Schaghticoke Faigrounds for rides, exhibits, shows, entertainment, and more. Parking is free, and admission prices vary.

Prepare for fall fun in Saratoga >>