Visit Saratoga.com For Everything Saratoga
Enter Giveaways Advertise
Home  »  Community  »  C-SPAN To Record And Highlight The History Of Saratoga Springs On TV

From Saratoga Race Course to the Canfield Casino and other significant buildings and homes, the City of Saratoga Springs has an extremely rich and interesting history. As a way to showcase the area’s history and non-fiction literary life to the rest of the nation, C-SPAN plans to film in the city and then air a two-day Saratoga Springs weekend television special later this year. 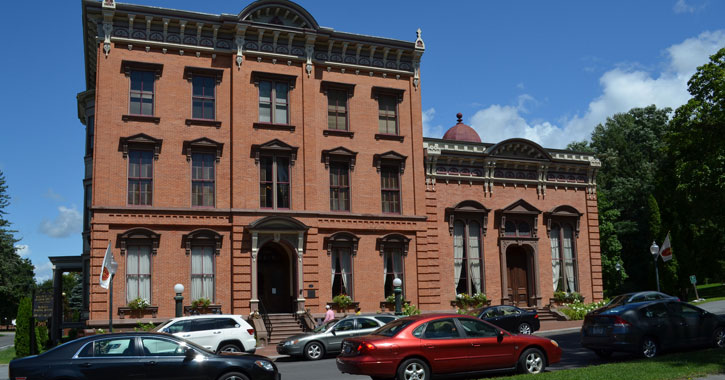 Known for their historical and non-fiction literary programming, C-SPAN is heading out on the road for their 2017 Cities Tour.

During this tour, the national network will be stopping at select cities in the U.S. to record segments about each region’s unique history. These segments will then air on two of their television programs, Book TV and American History TV, during special weekends.

Saratoga Springs in the National Spotlight

For their 2017 Cities Tour, C-SPAN chose Saratoga Springs as one of their destinations, and for good reason! There is so much history to discover in this city, including the creation of the Yaddo Gardens, the mineral springs, the Battle of Saratoga, and more.

For their Saratoga television special, C-SPAN will kick off their week of filming at the Canfield Casino on September 22. Then, the network’s producers will visit multiple literary and historic sites in Saratoga, interview local historians and non-fiction authors, and conduct educational and community outreach in the city.

C-SPAN is available here in Saratoga Springs on channels 14 and 225.

Learn more about the history of Saratoga Springs >>