Visit Saratoga.com For Everything Saratoga
Enter Giveaways Advertise
Home  »  Arts  »  SPAC Reflects on a Successful 2017 Season & Looks Ahead to 2018

With a new President at SPAC this year the performing arts venue has had a season of “firsts” with new programs, collaborations, and community outreach. As SPAC reflects on the successes of this season they’re looking forward to what 2018 will hold. 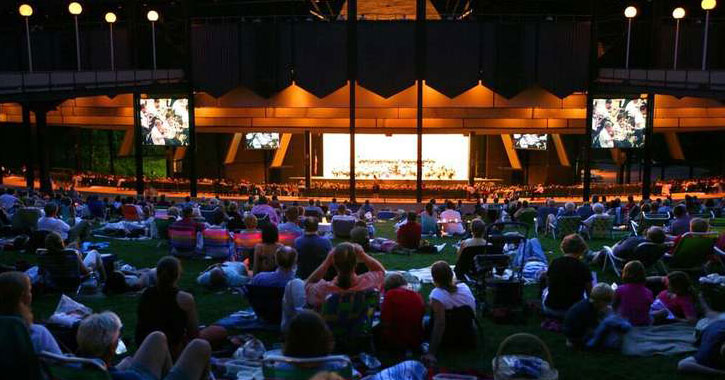 Overall, SPAC has reported an incredibly successful season for 2017, having started the SPAC on Stage series, SPAC @ Caffe Lena, a collaboration with Skidmore, and much more.

“From superb performances to expanded access and community outreach initiatives, this season was a success both artistically and institutionally,” Elizabeth Sobol, President and CEO of SPAC, said in a statement. “It was a joy to work with all of the audience members, friends, and partners who made my first season at SPAC so special.”

SPAC’s mission is to expand access to world-class programming and to provide a place where creativity, culture, and social connection thrive; this was achieved throughout the year in a number of notable ways.

SPAC teamed up with Caffe Lena, the iconic coffee house that just reopened at the end of 2016, to present free concerts on SPAC’s newly constructed Charles R. Wood Gazebo Stage. There were also three sold-out SPAC @ Caffe Lena concerts during the spring.

In addition, SPAC collaborated with Skidmore College for a special Mozart in Havana Concert with Simone Dinnerstein at Zankel Hall; the audience for this performance reached full capacity.

New this year, SPAC put on Live at the Jazz Bar, which brought 300 to 400 people to each of seven events at a newly renovated space at the Hall of Springs to hear live jazz music.

Also new this year was SPAC on Stage, which consisted of three performances. What was really great about this initiative was that it brought in people who hadn’t frequented SPAC before – 34% of all attendees were first-time SPAC buyers. Which brings us to audience development at SPAC:

SPAC worked hard to expand its audiences for 2017 to welcome new people to the SPAC experience. This was accomplished not only with the SPAC on Stage series, but also with a reduced $30 amphitheater ticket of which 50% of the purchases were first-time SPAC buyers.

“We attribute the excitement from the 2017 season to our new strategy to engage more people in the SPAC experience – audiences, artists, community partners, and young people,” Sobol said in a statement.

SPAC has always put a strong emphasis on education in the arts within the local community, and this didn’t change for 2017. Its free education programs reached more than 15,000 people this year with more than 125 classes, presentations, performances, and events. SPAC partnered with over 70 schools and nonprofit groups in the region.

Sobol indicated “an outpouring of positive feedback” with the new stage.

A new pilot program will be launched this December called the Decoda Chamber Ensemble, which will be the first affiliate ensemble of Carnegie Hall. This program will include a weeklong artist-in-residency for students at the Saratoga Independent School (SIS). The students will be able to learn from and be mentored by the Decoda artists. The final concert will consist of a full chamber program at the Bethesda Church on Friday, December 15th.

Also, SPAC still has a number of upcoming events going on, including the highly anticipated Song of Lahore Film Screening and Sachal Ensemble.

SPAC is intending to continue its relationship with the New York City Ballet, although they will be decreasing the residency from two weeks to one week. The Philadelphia Orchestra is also scheduled to return for the 2018 season, with 12 performances slated for August. In addition, the Chamber Music Society of Lincoln Center will be at the Spa Little Theatre, also in August.

SPAC on Stage, Live at the Jazz Bar, and Caffe Lena @ SPAC will all be returning by popular demand.

And finally, SPAC will be looking into a new plan for an upgraded, more user-friendly website.