A couple of big business moves have happened recently in the Spa City: the Saratoga Downtowner has been sold to a hotel group, and a florist who has worked on the sets of prestigious movies and television shows in Los Angeles has opened up shop right on Broadway. 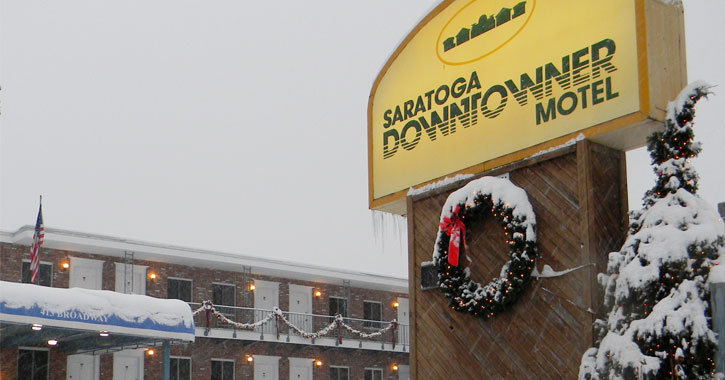 The Saratoga Downtowner has been a staple on Broadway for nearly 18 years. But now, the business has been sold to Massachusetts-based Lark Hotels for $4.55 million.

Prior owners Bill Asay and his wife Mary Cae Asay had actually received several proposals to buy the property, despite the 42-room motel not being listed for sale. They chose Lark Hotels because they believe this company will pay homage to Saratoga and the sense of community that has surrounded the business for many years.

“I am really pleased about this new hotel group coming in because they have a focus on a sense of place,” Mary Cae Asay told Saratoga Today. “They want it to reflect Saratoga.”

Mary Cae Asay has had many returning guests over the years, including from back before the Asays owned the Downtowner, and she’s now looking forward to visiting their businesses in return.

Lark Hotels has kept mum on their exact plans for renovations, but are expecting the upgrades to be completed by June 30th.

Florist Sidney Martin has an incredibly impressive resume. He has worked in Los Angeles producing floral decor on sets of movies like Spider-Man 2 and Monster-in-Law, and television shows like The West Wing and The Office.

Martin moved to Saratoga about five years ago and has been working out of a private home studio. Locally, he’s worked with Salt & Char, The Adelphi Hotel, 15 Church, and SPAC. Now, he owns his own shop called Simply Sidney Floral Design on Broadway which opened its doors in November.

Simply Sidney Floral Design is not only a full service florist shop, but they also offer plants, arrangements, and home decor. Floral services are offered for homes, weddings, special events, and corporate occasions. At some point, Martin hopes to expand into interior design.

Even after living in LA, Martin is excited to be in Saratoga and to offer his floral expertise and services to the local area.

“I’ve fallen in love with Saratoga Springs and Upstate New York,” he said in a statement. “I look forward to meeting so many people in the years to come and providing unparalleled service to all my clients.”

The name “Simply Sidney” might come from the fact that Martin describes his floral designs as “approachable” and “classic,” according to the Times Union.

The shop is open from 10am to 6pm Tuesday through Thursday, 10am to 8pm Friday, and 10am to 4pm Saturday.

Check out the latest on the restaurant scene in Saratoga >>