Visit Saratoga.com For Everything Saratoga
Enter Giveaways Advertise
Home  »  Arts  »  You Can See Broadway Stars at The Mansion Inn of Saratoga in 2018

This summer you’ll be able to catch seven established Broadway stars at the 801 Supper Club at The Mansion Inn of Saratoga over six evenings. Tickets are on sale now, and if you buy early, you can take advantage of a discount. 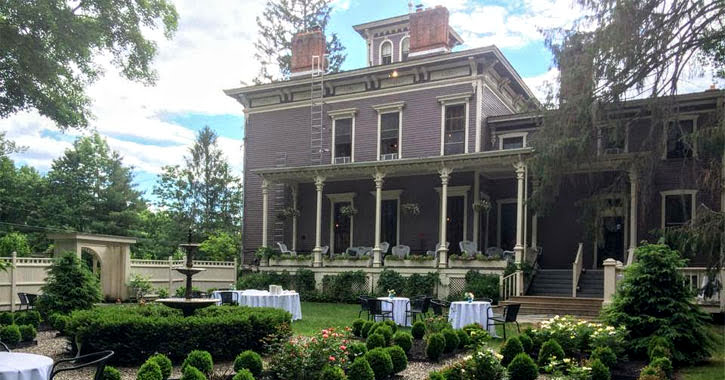 These are the shows:

Bobby Conte Thornton stars as the lead in A Bronx Tale, and he’ll be starring in his new solo show Blame It On My Youth, which is opening on May 24th. He’s also been in Grease, Les Misérables, and My Fair Lady.

Jay Armstrong Johnson From On the Town on June 21st

Jay Armstrong Johnson is not only the Broadway star of On the Town, but he also stars in the ABC drama Quantico and frequently appears on Law & Order SVU. He’s also starred in Hair and Catch Me If You Can.

Andrea McArdle is best known for her role in Annie, although she has also been in Starlight Express, Beauty and the Beast, State Fair, Hello Dolly, and Cabaret.

Lillas White From The Life on August 23rd

Tony, Emmy, and Drama Desk Award-winner Lillas White is considered to be a true Broadway legend. She has starred in The Life, Dreamgirls, Cats, Chicago, and Fela. Her voice will truly blow you away!

Will & Anthony Nunziata From 54 Below on September 20th

Identical twins Will and Anthony Nunziata are best known for 54 Below. They have remarkable tenor voices – guests to this show can expect a new twist on timeless Broadway classics in conjunction with some of the best songs ever written for stage.

Consider Tickets for a Holiday Gift

Still have people on your list to buy for? Consider getting tickets to one of the shows. If you purchase online at The Mansion Inn’s website by Sunday, December 24th, you’ll get a 10% discount. Just use the coupon code HOLIDAY2017.

All tickets are $75 and include a three-course gourmet dinner prepared by Executive Chef Rick Bieber, who has trained at Cordon Bleu. There will be complimentary house wine, beer, and soda.

About The Mansion Inn of Saratoga and the 801 Supper Club

The Mansion Inn of Saratoga is located in Rock City Falls, just 15 minutes from Saratoga Springs. This is a historic inn that is listed on the National Register of Historic Places and is an excellent venue for weddings.

The 801 Supper Club at The Mansion Inn of Saratoga puts on amazing shows coupled with three-course dinners, always making for a fun-filled evening of an incredible performance and elaborate meal.