Like beer? How about outdoor activities during the winter? If you’re looking to have a fun weekend, then Saratoga Springs is the place to be! From the end of the 2018 Saratoga Beer Week to awesome shows and things to do, add some of these weekend highlights to your Saratoga to-do list! 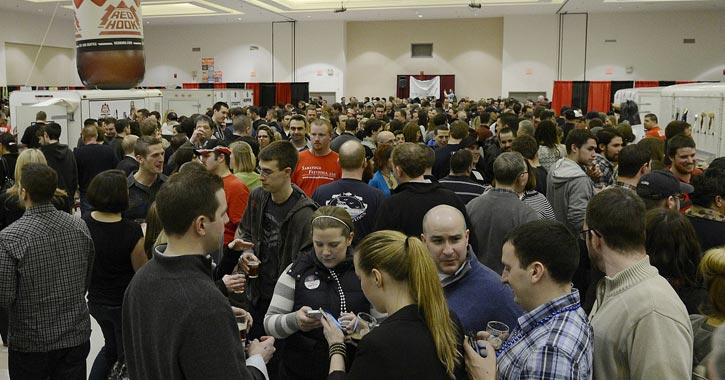 Catch the End of Beer Week

Join in this city-wide celebration of beer in Saratoga before it ends this weekend! Saratoga Beer Week offers visitors plenty of fun, food, and fantastic beer at multiple venues in the Spa City area. The three signature events are Saratoga Whiskey Night on Thursday, Saratoga Cider Night on Friday, and the Beer Summit on Saturday. Check out those and more!

The Finale of Ice Bar Season

Don’t miss out on Prime at Saratoga National’s Polar Ice Bar & Lounge this Friday and Saturday. Featuring a full ice bar, live music, games, and more, this event promises to be tons of fun for attendees. Tickets are $20 online per person, or $25 day-of.

The Mill on Round Lake’s ice bar is expected to melt before the weekend, but if you stop by on Friday or Saturday, you’ll still be able to enjoy drink specials, fire pits, and games!

On Friday, the Skidmore Outing Club will host Mountainfilm on Tour at Skidmore College’s Gannett Auditorium. This film festival will feature nonfiction stories relating to the environmental, cultural, political, and social justice issues that matter in our world today.

Spend an evening or afternoon at the Spa Little Theater this weekend and watch a hilarious performance of Home Made Theater’s production of Inspecting Carol. Tickets are $27 for adults and $24 for students/seniors, and the show will be presented on Friday and Saturday at 7:30pm and Sunday at 2:00pm.

Hubbard Hall Center for the Arts and Education’s presentation of The Velocity of Autumn begins this weekend! This funny and heartfelt Broadway comedy focuses on what happens when life becomes too hard to handle. After this weekend, the play will be performed on multiple dates through March 11, 2018.

Check Out These Fun Activities and Events

Snowshoe by the Light of the Moon Guided Tour – Saturday, February 24

Experience a moonlit snowshoe tour at Lapland Lake Nordic Vacation Center on Saturday from 5:30pm-9:00pm. The tour will bring snowshoers around the beautiful property and include a stop at a bonfire. The cost to participate is $34 ($5 if renting equipment).

Spend Saturday or Sunday at Saratoga Spa State Park’s Creekside Classroom and enjoy a mineral springs tour! The free winter tour will take place at 11:00am on both days.

Need some help planning your wedding? Head over to Longfellows in Saratoga Springs for their annual wedding show. This free event offers engaged couples and attendees elaborate food displays and tastings, door prizes and giveaways, and wedding experts ready to share their knowledge.

Find fun activities all around the Saratoga area >>