Visit Saratoga.com For Everything Saratoga
Enter Giveaways Advertise
Home  »  Events  »  9 Great Ways You Can Have Fun In Saratoga This Weekend: February 9-11

It’s ice bar season in Saratoga Springs! These cool attractions are only around for a limited time each winter season, so don’t miss your chance to see one up close and order a specialty drink. Best of all, while you’re in the region this weekend, you’ll find even more fun events that are worth checking out! 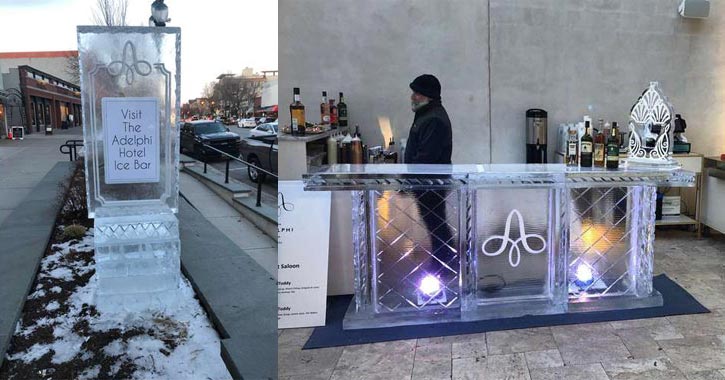 Celebrate the winter season at The Adelphi Hotel in downtown Saratoga. They will be featuring an ice bar on the terrace adjacent to The Blue Hen every Thursday, Friday, and Saturday in February. Stop by and order a drink from their special menu of craft cocktails.

For the second year in a row, Bailey’s Saratoga will welcome guests to their ice bar. The ice bar will be open on Friday and Saturday of this weekend, and there will be cocktails, an ice luge and shot glasses, and fire pits.

It’s the second weekend of The Mill on Round Lake’s ice bar! Check out their 30-foot ice bar, order from their unique beverage menu, and warm up by the fire pits.

Visit Wilton Wildlife Preserve and Park on Saturday for their annual Winterfest celebration. The day will include plenty of snowy fun, including a snowshoe race. When you’re ready to relax, you can warm up by the bonfire with some hot cocoa.

In collaboration with the Saratoga County Chamber of Commerce and The Alpine Sport Shop, the Saratoga Farmers’ Market will present a Healthy Saratoga Wellness Event on Saturday at the Lincoln Baths building. There will be snowshoe demonstrations, free children’s activities, food samplings, live music, and more.

The 2018 Saratoga Frozen Springs Classic – Pond Hockey Tournament will be held at Saratoga Spa State Park from Friday through Sunday. If you’re not competing, the hockey games will still be fun to watch!

Head over to Dock Brown’s Lakeside Tavern on Saratoga Lake this Sunday and watch some A.M.A. sanctioned motorcycle/ATV ice races. Racing will begin at noon.

Enjoy a hilarious theatrical production named “Inspecting Carol” presented by Home Made Theater at the Spa Little Theater. This show focuses on a dysfunctional, struggling theater company preparing to open their annual production “A Christmas Carol” when they learn they must pass an undercover inspection first. Be sure to check the full list of performance dates if you can’t make it this weekend.