Since the beginning of civilization, the Red Planet has fascinated Earth dwellers. And with more discoveries being made on the Martian surface each year, scientists aren’t just wondering if we could eventually live on Mars. They’re wondering if we should. On June 14, join this exciting conversation with Science on Tap: Interplanetary Travel at The Parting Glass! Plus, learn about the space-related events coming this summer, from scientific talks to star gazing, to musical stylings from a galaxy far, far away. 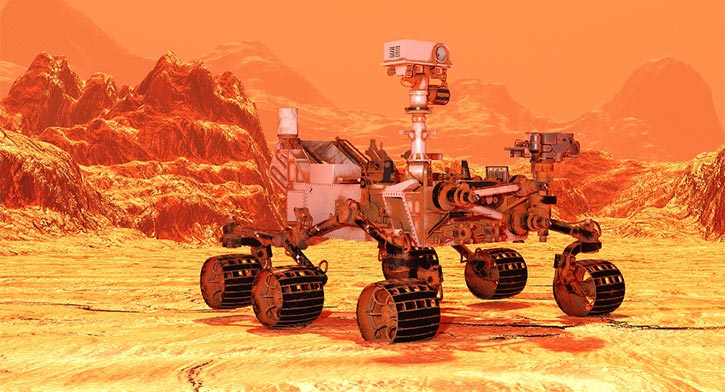 Do We Have the Heart for Mars?

It’s been the subject of science fiction for generations, igniting our imaginations and inspiring real breakthroughs every day. As the concept of space travel gets less cloudy from Earth, it looks like Mars could hold a lot of promise — and a lot of risk. Science on Tap: Interplanetary Travel — Do We Have the Heart for Mars?, presented by Science on Tap Capital Region and SPAC, is the preview event to SPAC’s Out of this World Festival that will take place later this summer. Pull up a chair, grab a fresh pint, and enjoy a fun-filled night of discussion and debate!

Event attendees will learn about the future of interplanetary travel from Dr. Heidi DeBlock. DeBlock, an Associate Professor of Surgery at Albany Medical Hospital, will discuss her work as a Visiting Research Scientist at NASA. DeBlock was the 2003 recipient of NASA’s Spaceflight Achievement Award for Cardiovascular Physiology, and her current research is focused on arrhythmias caused by long duration spaceflight. Her work in the Surgical and Neurosciences Intensive Care Units, as well as in the Johnson Space Center’s Cardiovascular Laboratory, will offer unique insight into the biological possibility of colonizing Mars.

Hosted by The Parting Glass at 7 PM, Science on Tap: Interplanetary Travel is free and open to all ages, with seating available on a first come first serve basis. The event is a part of a monthly series, Science on Tap Capital Region, which invites an exchange of ideas between members of the public and scientific community. To learn more, visit spac.org.

Out of this World Festival

From August 2 to 16, this eagerly awaited festival will merge art and science, forming a stunning picture of the cosmos. Featured events and activities include:

In a statement, SPAC president and CEO Elizabeth Sobol said, “This summer will be full of fascinating discoveries for lovers of science, music, art, and the cosmos as we contemplate the place of beauty between the inner universe and the outer… Our partnership with Science on Tap Capital Region is part of our vision to expand SPAC’s programming beyond our venue and engage new and varied audiences within the community and beyond.”

For information about the Festival, visit spac.org/calendar.