New attractions will amplify perennial-favorite events when racing returns to Saratoga during Opening Weekend, which kicks off on Friday, July 20 and runs through Monday, July 23. 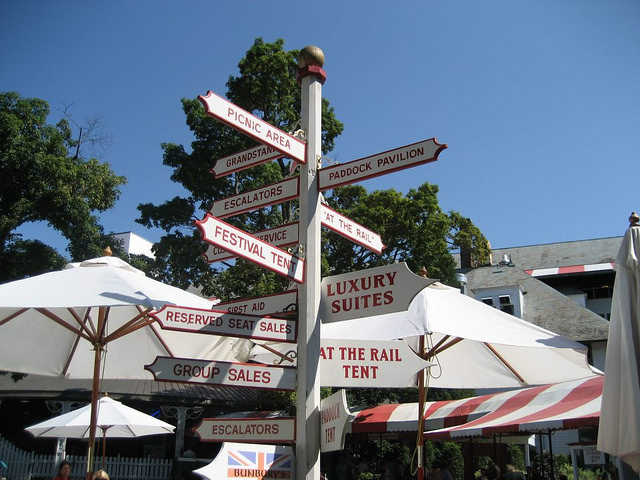 Since thoroughbred horse racing is the centerpiece of this festive, 40-day meet, NYRA is making sure Opening Weekend starts off like gangbusters. No less than five graded stakes will be on the bill, led by the 80th running of the Grade 1, $500,000 Diana on Saturday, July 21 and the 102nd running of the Grade 1,$300,000 Coaching Club American Oaks on Sunday, July 22.

Another big addition to the 2018 season is the grand opening of The Stretch, a top-tier hospitality area that delivers spectators an amenity-filled entertainment experience. Located in the Grandstand at the Top of the Stretch, this major capital improvement project will offer a total of 32 new modern boxes for parties of four to 12 guests, plus a bar and dining tables.

Single-day tickets are available via Ticketmaster, and start at $32.

While many track goers are happy enough with a $2 exacta bet, there’s plenty to love about the betting action offered at Saratoga. On that score, NYRA has announced special wagering opportunities, including the return of the NYRA Bets Late Pick 5.

The multi-race wager was a national favorite last year, and allows bettors to wager on the last five races of every card of live racing at Saratoga. What’s the payout? It’s a handsome sum of  $150,000 daily for a single-ticket payout, and $300,000 on Saturdays. This betting format is for NYRA Bets customers nationwide online and on-track in New York. The offer is only available to NYRA Bets customers.

On Saturday, July 21, NYRA will partner with Saratoga Casino Hotel to offer a special day/night, cross-breed Daily Double wager comprised of the Grade 1, $500,000 Diana and the 10th annual $260,000 Joe Gerrity Memorial Pace, the premier race for standardbreds at Saratoga Harness.

The “Toga Toga” Daily Double, hosted by NYRA, includes a $1 minimum wager and will be available on-track at both Saratoga Race Course and Saratoga Harness as well as through NYRA Bets, ADW platforms and at simulcast facilities across the country.

Saratoga Live is Back!

NYRA’s flagship television show Saratoga Live, presented by Claiborne Farm, makes its return. Launched in 2016, the broadcast will reach a national and regional audience of 75 million homes every live race day from Saratoga. It will air on FS2 and through regional sports networks including MSG+, FOX Sports Prime Ticket, Fox Sports San Diego and Altitude Sports. 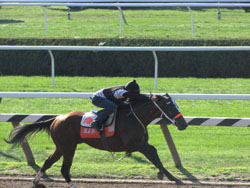 For an entirely different perspective of life at the racetrack, having breakfast at The Porch of the Clubhouse while watching the thoroughbreds train on the main track is really sweet. Breakfast is available on a first-come, first-served basis from 7 a.m. to 9:30 a.m. The morning buffet is available for $18.50 for adults and $10.25 for kids ages 12 and under.

Mornings at Saratoga are also ideal for a behind-the scenes tour, courtesy of a guided backstretch tram tour sponsored by the CDTA. Tram tours begin at 7:30 a.m. and depart from the Clubhouse entrance approximately every 15 minutes through 9 a.m. Tours are available on a first-come, first-served basis and are 45 minutes in length.