You can see the fascinating sport of polo firsthand at the annual Polo by Twilight, happening on Tuesday, July 24th. But, you’ll want to attend for reasons other than the action of the match – this event serves as an important fundraiser for a really spectacular cause. 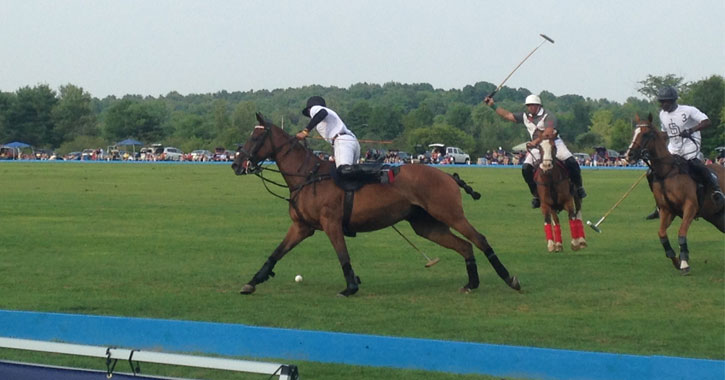 Why You Should Support the Palamountain Scholarship Fund

All proceeds from Polo by Twilight go towards the Joseph C. and Anne T. Palamountain Scholarship Fund, which is named after Skidmore College’s late president and his wife. The scholarship benefit event has been going on since 1979 to raise money for students who require financial assistance to attend Skidmore.

“Anne’s greatest passion was building endowment for financial aid, which she saw as the most effective way to make a college education accessible to all students,” Dr. Philip A. Glotzbach, current President of Skidmore, said in a statement.

The fund supports eligible high school juniors and seniors, and has helped hundreds of students over the years to attend and graduate from Skidmore.

In 2008, Eleuterio “Ele” Martinez Ramirez left Oaxaca, Mexico at just 14-years-old in pursuit of education and a better life. He was accepted into Skidmore’s Pre-College Program when he was a senior at Saratoga Springs High School, and graduated this past May with a major in math and a minor in physics.

Ramirez is the fifth Anne T. Palamountain Scholar Award recipient. He plans to pursue a career in engineering, but in the meantime, he has been paying forward the generosity awarded to him – last summer, he returned to his hometown in Mexico to teach young students photography skills. This summer, he’s going back to teach math and computer skills to children.

“Behind every success, there is hard work and sacrifice. My time at Skidmore College has been a hard journey, but thanks to my mentors and professors, and to self-motivation, I am where I am today,” Ramirez said in a statement.

His plans to teach young students in Oaxaca will be supported by funding he received from a SEE-Beyond Award from Skidmore. This funding will provide extremely valuable resources to a much-needed community.

Polo by Twilight is happening on Tuesday the 24th, starting at 5:30pm at the Saratoga Polo Fields. A silent auction, gourmet dinner, and live auction will follow the match.

The sport of polo involves teams on horseback driving a small white ball into the opposing team’s goal, for a unique combination of horseback riding and a game resembling field hockey.

Visit www.skidmore.edu/palamountainbenefit/ for more information and to get tickets.

Find out more about polo in Saratoga Springs >>