Following the lightning strike which started a fire in City Hall last Friday, the building remains closed until further notice. Several departments have been relocated and will continue to serve the public. 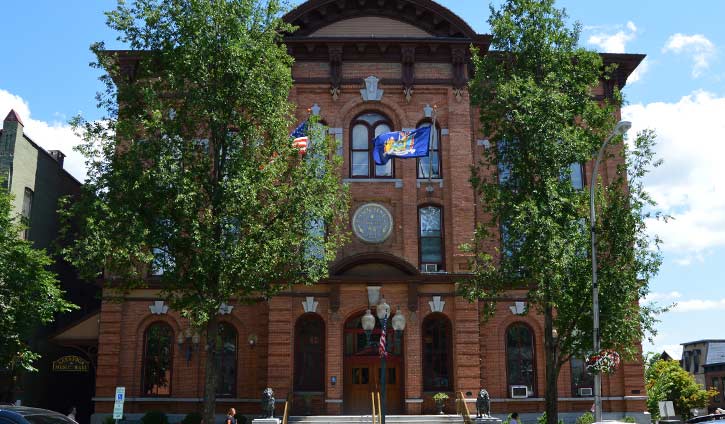 According to NewsChannel 13, the fire began in the attic of City Hall after lightning struck the building. Bystanders reported hearing a loud boom just before 7:30 PM on August 18, followed by the building’s fire alarm going off.

Though the fire was quickly put out, the building remains in need of repairs. Mayor Meg Kelly says lightning struck a pipe used to collect rainwater, resulting in water damage to the building. The music hall was also affected. Thankfully, no one inside the building was injured.

Today the building is being cleaned, dried, and assessed for damage and repairs.

The closing of City Hall does not effect the Police Department, which “will continue its operations, uninterrupted, at 5 Lake Avenue.” Most departments have been relocated to the City Recreation facility at 15 Vanderbilt, and are available to the public starting at noon today, August 23. They include: