On August 25, Wonder Gadot will be the first filly to run the Travers since 1979. What’s more, she could become the first one to win the big race in over a century! But to steal victory this weekend, she’ll have to outrun the best of the best. Learn more about this year’s highly anticipated Travers Stakes, plus what you can expect when you head to the track this Saturday. 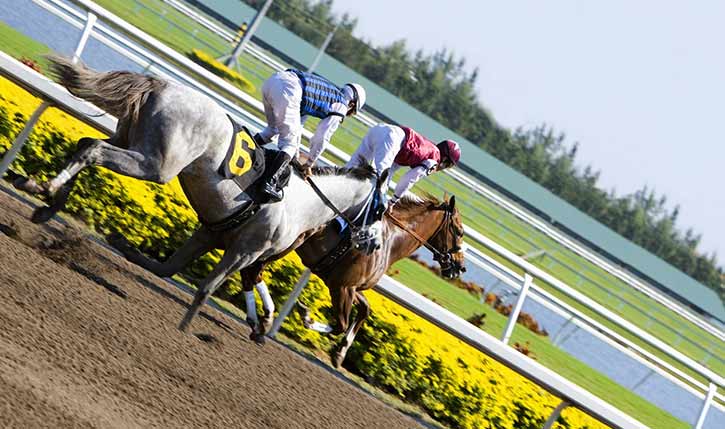 Sponsored by champion sprinter Runhappy, the 149th annual Travers Stakes will feature the nation’s top 3-year-olds. Among them is fan favorite Wonder Gadot, who could be the first filly to win the Travers since 1915.

“Travers Day is always a special and spectacular day, and this year has the potential to be truly historic,”  said NYRA CEO and President Chris Kay in a statement. “The Canadian filly will face a deep and talented global field of top 3-year-olds, expected to include…Belmont Stakes runner-up Gronkowski, who had previously campaigned in Europe, as well as Mendelssohn from leading European trainer Aidan O’Brien. The race is also expected to feature Good Magic, fresh off a dominating performance in the Haskell, Belmont Derby winner Catholic Boy, Wood Memorial winner Vino Rosso and Jim Dandy winner Tenfold.”

Can’t make it to the track? Scheduled to go to post at 5:44 PM, the Runhappy Travers will be part of a special two-hour broadcast beginning at 4 PM on NBC. A special three-hour Travers Day edition of Saratoga Live will also be broadcast on FS2 and MSG + beginning at 1 PM.

The Runhappy Travers will be part of a special NYRA Bets Late Pick 5. Featuring a minimum single-ticket payout of $1 million, the multi-race wager is available nationwide to NYRA Bets members online and on-track in New York and covers the last five races of every card of live racing at Saratoga. For more information, visit NYRABets.com.

Gates will open at 7 AM on Travers Day, with first post at 11:35 AM. Performing the National Anthem will be Master Sergeant Mary Kay Messenger of the United States Military Academy at West Point.

Cadets from the United States Military Academy Parachute Team will also perform an incredible freefall at 4:25 PM. In their demonstration, the cadets will parachute onto the outer turf course from a helicopter hovering 3,500 feet over the Saratoga infield (weather permitting). A practice jump will occur at approximately 10:15 AM.

Haven’t bought your tickets yet? No problem! Tickets can be purchased in advance on Ticketmaster or at the Race Course Box Office. Grandstand admission is just $10 when you order early, and $15 at the gate on Saturday. But tickets sell out fast on Travers, and Clubhouse upgrades will not be available, so be sure to grab yours ASAP!

More on this year’s Travers Day »