Get ready, theater lovers: Home Made Theater in Saratoga Springs recently announced their fantastic lineup of productions for 2018-2019! Be transported to Transylvania, solve a murder mystery, and don’t shoot your eye out: here are the shows and events coming to HMT this season. 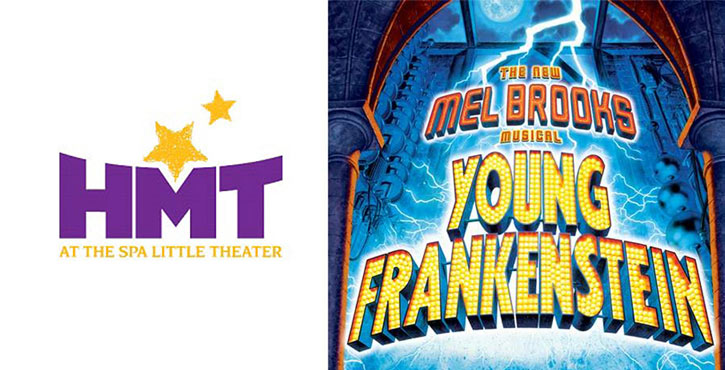 Want to learn how to turn yourself into Frankenstein’s Monster? In collaboration with The Makeup Curio’s Jenn Dugan, HMT will be hosting a Frankenstein Makeup Workshop! On Saturday, September 22 from 2 PM to 3:30 PM, Dugan will show students how to build a cut, face-paint, and add highlights and shadows for a most monstrous look. “Makeup is truly transformative,” Dugan said in a statement. “I love teaching individuals, actors, groups and more how to transform into their characters/roles, and Frankenstein’s Monster is the perfect character to get us all excited for the Halloween season!”

The workshop will be open to participants aged 12 and up, only $15 per student. Pre-registration is required and can be completed online at HomeMadeTheater.org or by phone at (518) 587-4427.

More to Come at HMT

December’s “Theater for Families” production will ring in the holidays with another comedic classic. Directed by Jeremy Buechner, Jean Shepherd’s A Christmas Story is adapted from the 1983 film of the same name, as well as Shepherd’s 1966 book In God We Trust: All Others Pay Cash. The show will run weekends from December 7 through December 16.

In February, don’t miss HMT’s thrilling production of The Mousetrap. Having first opened in London’s West End in 1952, Agatha Christie’s hit murder mystery is now the longest running play in history. Directed by Dianne O’Neill-Filer, The Mousetrap will premiere February 9 and run weekends through February 24.

Last but certainly not least, Neil Simon’s Barefoot in the Park will wrap up the 2018-2019 season at HMT. Simon’s longest-running hit, the romantic comedy was nominated for “Best Play” at the 18th Tony Awards and inspired multiple television and film adaptations. HMT’s production of Barefoot in the Park is directed by Michael McDermott and will run weekends from April 20 to May 5.

Single tickets will be on sale September 7. For a discount of up to 20% on individual tickets, be sure to grab your season subscription!

In addition to the spectacular shows coming to HMT, young theatergoers can start attending this year’s fall acting classes. Starting September 15 and running each Saturday through October 13, kids and teens aged 7 through 16 will hone their improv skills, discover new acting techniques, and learn how to develop a character. The classes will include:

Class registrations are accepted by phone at (518) 587-4427, online at HomeMadeTheater.org, or by mail. The Fall 2018 class flyer and registration form can be viewed on HMT’s website.