Visit Saratoga.com For Everything Saratoga
Enter Giveaways Advertise
Home  »  Sports and Racetrack  »  Check Out the Premium Giveaway Items for This Track Season

NYRA has put out the four premium giveaways for the 2019 track season. See what special items are being given away when! 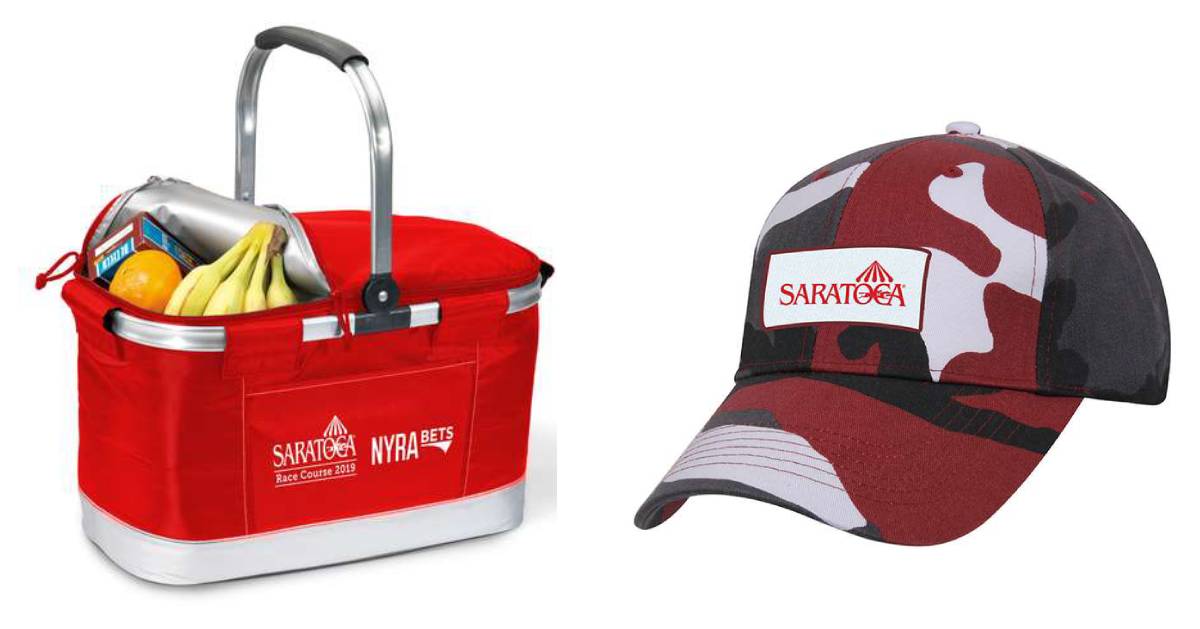 The first giveaway of the 2019 season is on Sunday, July 14th and it’s a collapsible, red picnic cooler featuring the Saratoga logo emblazoned in white. This giveaway is presented by NYRA Bets. July 14th is also the day of the 28th Annual Hat Contest.

The second giveaway of the season is a Saratoga baseball cap on Wednesday, August 7th, presented by the Saratoga Casino Hotel. The item includes the Saratoga logo against the backdrop of a red, black, and gray camouflage print. This giveaway corresponds with First Responders Day.

The third giveaway of the season is a Saratoga beach towel on Wednesday, August 21st, presented by Upstate Ford Dealers. The item is a circular beach towel featuring a colorful rendering of a thoroughbred and jockey charging down the main track with the iconic Saratoga grandstand in the background. This giveaway happens on the same day as The Stewart’s Ice Cream Eating Contest and New York Sports Day.

The final giveaway coincides with the last weekend of the season. The giveaway is a Saratoga sweatshirt, presented by Lia Infiniti. It’s a gray hooded, zip-up sweatshirt with the red Saratoga logo.

In addition to the main giveaways listed above NYRA is offering an exclusive giveaway for season pass and season ticket holders on opening day, July 11th: a white cooling towel featuring the red Saratoga logo, while available supplies last.

The four premium giveaways are free with paid admission while supplies last. Season pass and season ticket holders are guaranteed a premium giveaway on the day of the giveaway as long as they are present at the Saratoga Race Course and redeem the giveaway by the designated time. Gates open at 11am each day with the exception of Travers Day.