Editor’s Note: Due to the excessive heat, Saratoga Raceway track officials and representatives of the New York State Gaming Commission have moved post time from 7:05pm to 8:05pm for the Saturday, July 20 card that features the $260,000 Joe Gerrity Memorial Pace. This article has been updated accordingly.

On Saturday, July 20, the Saratoga Casino Hotel is hosting its 11th Annual Joe Gerrity Jr. Memorial Pace, the harness track’s largest race of the season. The race kicks off in the evening, when officials feel the heat index will have dropped to acceptable levels to ensure the safety and well-being of the horses and drivers competing. 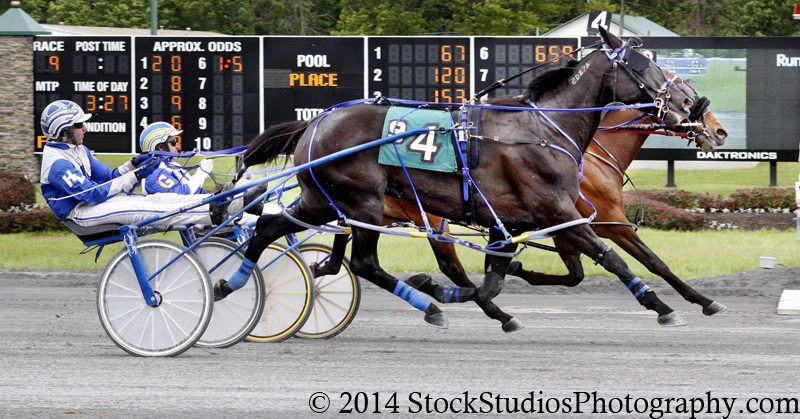 The first post time at the harness track will be 8:05 pm and the Pace will be the seventh race of the night. Eight of the best horses in harness racing, including McWicked and This Is The Plan, will compete for a $260,000 purse. The competing horses have earned a combined $9.5 million in their lifetimes.

In addition to moving the post time from 7:05 pm to 8:05 pm, track officials will take extra precautions by bringing in an additional veterinarian as well as providing ice tubs and ice water in the paddock.

The annual event will have special features for SaratogaBets members in attendance, who are eligible to receive 10% bonuses on their winnings. The Saratoga Casino Hotel will also be giving away a limited number of “Gerrity Night” t-shirts to visitors (members and non-members alike) who buy a $2 race program.

The Joe Gerrity Jr. Memorial Pace has honored the late local breeder, harness driver, and Chairman of the Board of Saratoga Harness Racing since its inaugural event in 2009.

Learn more about the Saratoga Casino Hotel and plan your evening >>