The Travers is the oldest race for three-year-old thoroughbreds in the United States and one of the most anticipated events of horse racing season each year. On Wednesday, July 10, authors Brien Bouyea and Michael Veitch will debut their new history book, “The Travers: 150 Years of Saratoga’s Greatest Race,” at the National Museum of Racing and Hall of Fame. 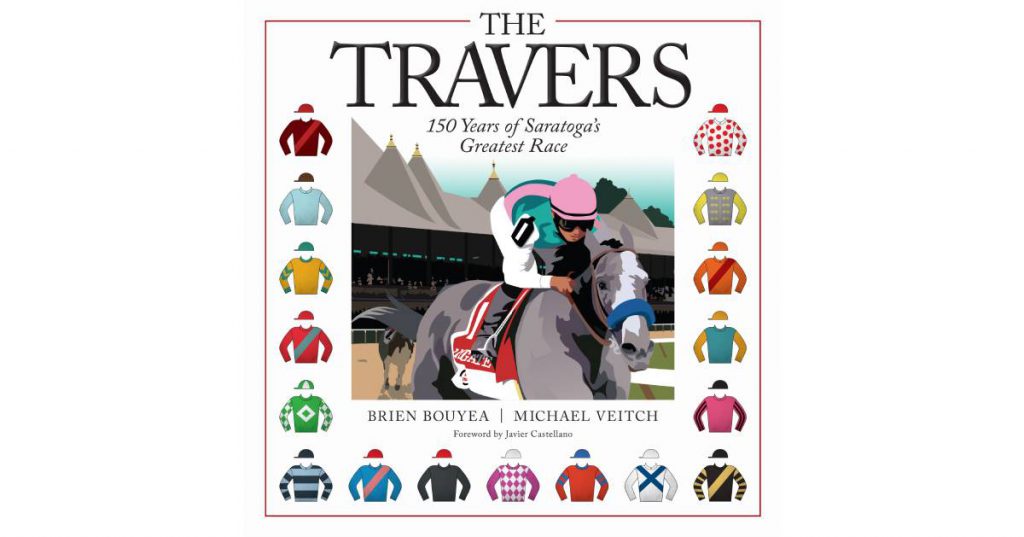 Explore the History of the Travers

The Travers Stakes was first contested in 1864, and since then, it has been won by many famous thoroughbreds, such as Man o’ War, Twenty Grand, Whirlaway, Native Dancer, Gallant Man, and others.

In celebration of the race’s rich history, authors Brien Bouyea and Michael Veitch have written a book that chronicles each edition of the Travers from 1864 through 2018. The book’s forward was provided by Hall of Fame jockey Javier Castellano, who has won the Travers a record six times.

Published thanks to a grant from the Alfred Z. Solomon Charitable Trust, and endorsed by the National Museum of Racing and Hall of Fame, “The Travers: 150 Years of Saratoga’s Greatest Race,” features comprehensive records of the first 149 runnings of the Travers. You’ll also read about Saratoga’s racing origins, see images from renowned artists and photographers, and more.

Bouyea and Veitch will debut their book at a public reception at the Racing Museum on Wednesday, July 10, at 6:30pm. The reception is free to attend, and copies of the book will be available for purchase. The book officially goes on sale to the public on July 11 through the Racing Museum, at various Saratoga area businesses, and online.

Take a trip through the history of the Travers Stakes!