It’s time to finalize your weekend plans! If you’re looking for fun things to do in the Saratoga area, then you’re in luck. A variety of awesome events will be going on from August 16-18, and we’ve rounded up some of the best below.

Head over to White Hollow Farm in nearby Stillwater this week for the Skidmore College Saratoga Summer Horse Show! Each year, the horse show attracts top equestrian competitors from all over North America.

The Saratoga Polo Association’s Ylvisaker Cup Tournament is happening this weekend in Greenfield Center. Take a drive to the polo fields and catch all the excitement on both Friday and Sunday.

Don’t miss the 139th running of the Alabama Stakes at Saratoga Race Course! This annual race will anchor another great day of thoroughbred horse racing. 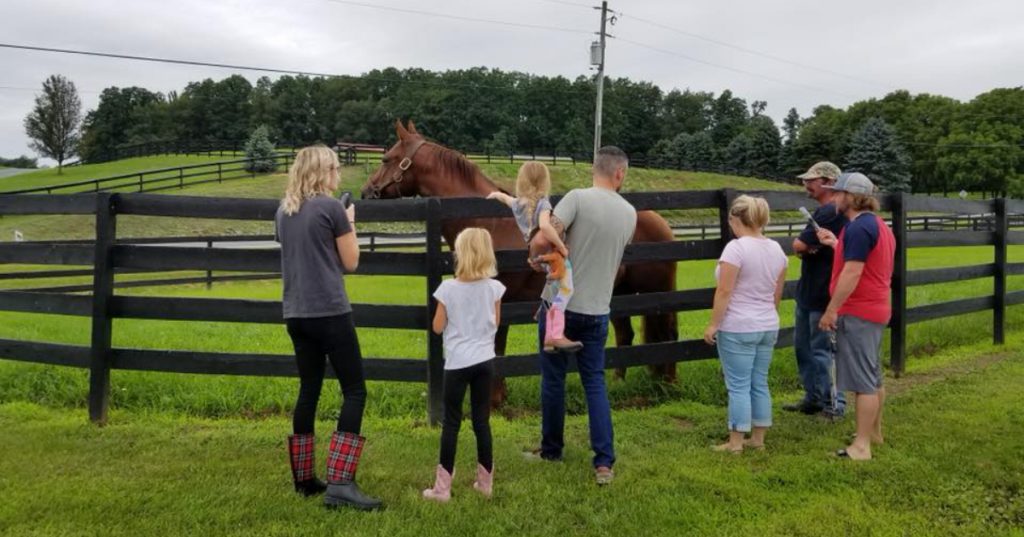 This Sunday, the Cornell Cooperative Extension of Saratoga County will present their Saratoga County Horse Farm Tour. From 12:00pm-4:00pm, members of the public may take a self-driven tour to local participating horse farms and learn about each of them.

The 11th Annual Saratoga Arts Celebration will take place at the National Museum of Dance this weekend on both Saturday and Sunday, 10:00am-5:00pm. This juried fine arts, fine crafts, and performing arts festival will feature the highest caliber national and regional artists.

Over the Top Run, Bike, and Brew Festival – Saturday, August 17

Join West Mountain in Queensbury at their Over the Top Run, Bike, and Brew Festival this Saturday! The exciting event will include a 5K Trail Run, a 10K Mountain Bike Race, and a Brew Festival in the Main Courtyard. The festival will be open to competitors, customers, and the public from 11:00am-5:00pm.

Visit the Clifton Park Elks Lodge this Saturday during their 13th Annual Car, Truck and Bike Show. In addition to cool vehicles, there will be food, music, vendors, and door prizes and awards for the participants. Proceeds will support charities and various programs.