Governor Cuomo announced today that the Capital Region is on track to begin Phase 2 of reopening on Wednesday, June 3. This phase allows in part for the reopening of retail shops, and downtown Saratoga stores have been busy preparing by cleaning, implementing new procedures, and more. We chatted with a few shop owners, as well as a couple of restaurateurs who are preparing for their eventual reopening. 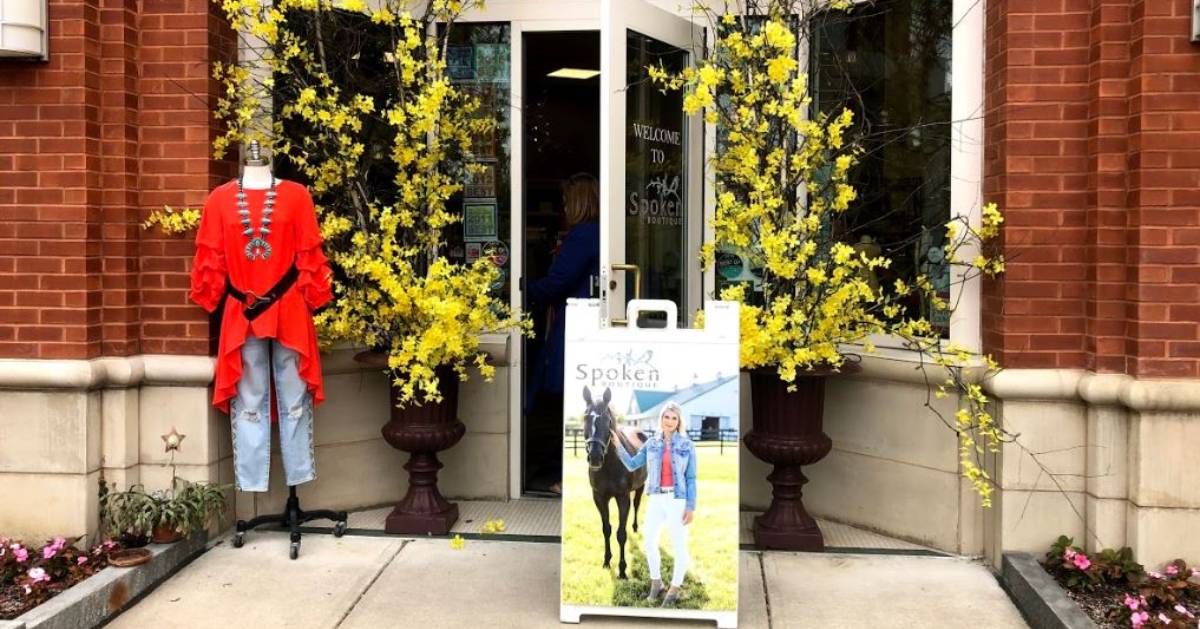 When asked what items she thinks will be this season’s hot products, Spoken Boutique owner Pam Worth replied, “Color, color, color. People want color.” We all want to be happy right now and need something that’s going to give us hope and joy.

More importantly, Worth has been prepared for the reopening for weeks. She knows what the protocols have been for other businesses throughout the pandemic, so for her it’s a matter of setting specific plans in place, letting her staff and customers know what’s expected of them, and above all communicating that Spoken Boutique is a safe environment.

“I will clean after every customer,” she said. “Every night we’re closing early. . .and then we will wash the doors, wash the counters, wash the charge machine, clean the bathroom, clean everything.” It will be an adjustment for Worth and the Spoken staff, although since they had been doing many of these steps before, it’s just a matter of ramping up their efforts. 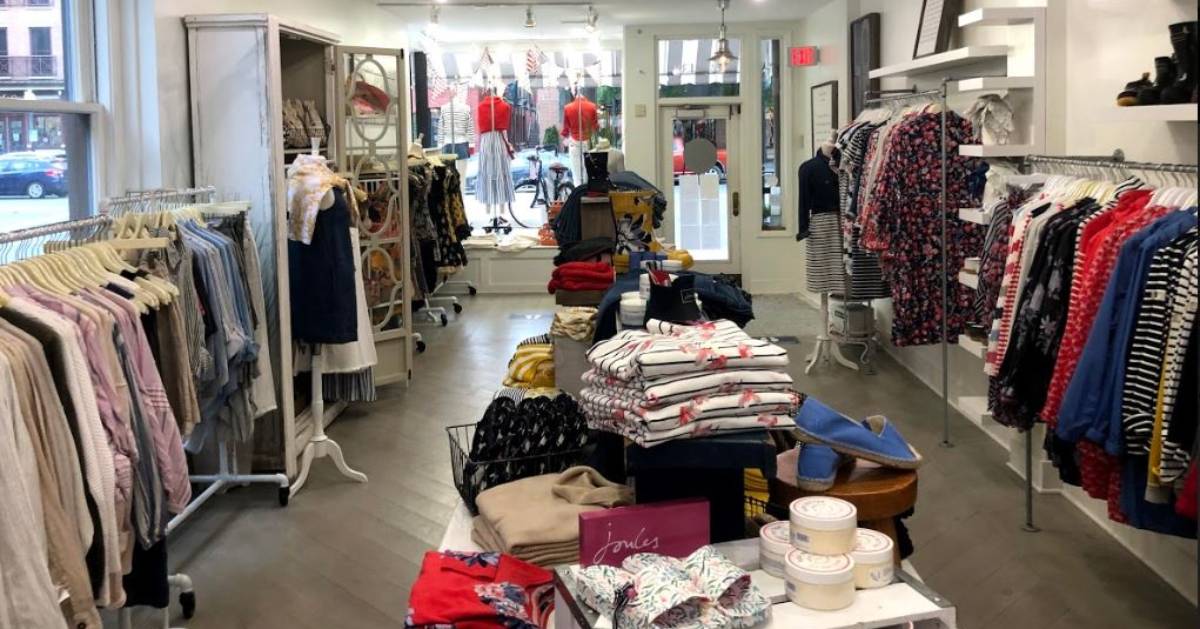 We also chatted with Heidi Owen West, owner of Lifestyles of Saratoga, Caroline & Main, and Union Hall Supply Co., all of which are boutique shops carrying a range of clothing and accessories; Union Hall concentrates on men’s apparel.

West believes visitors to her stores will seek more casual wear as folks have been dressing down more while staying at home, and in fact she thinks fashion has been leaning in this direction for awhile:

“Our lives have kind of meshed together so that we’re looking for something where we can go pop into the office, grab the kids, we can go have dinner – it’s all kind of meshed together, whereas we used to wear certain outfits for certain reasons. Now it’s just not like that anymore.” West is ready with comfortable tops, sweatshirts, and more easy-to-wear, versatile items.

Of course, she’s also been preparing for the reopening like other Saratoga shop owners in terms of new precautions, sanitizing dressing rooms, and more. Both Worth and West spoke about the importance of disinfecting return items (yes, they will still accept returns) – steaming them, having them properly cleaned, and allowing the items to sit off the floor for at least 24 hours.

“I miss my people,” said West. “Yes, we’ll continue e-commerce, but that interaction. . .I like to style people and work with them directly.” Look for their “Stronger Together Saratoga Springs” shirts that are popping up around the Spa City. 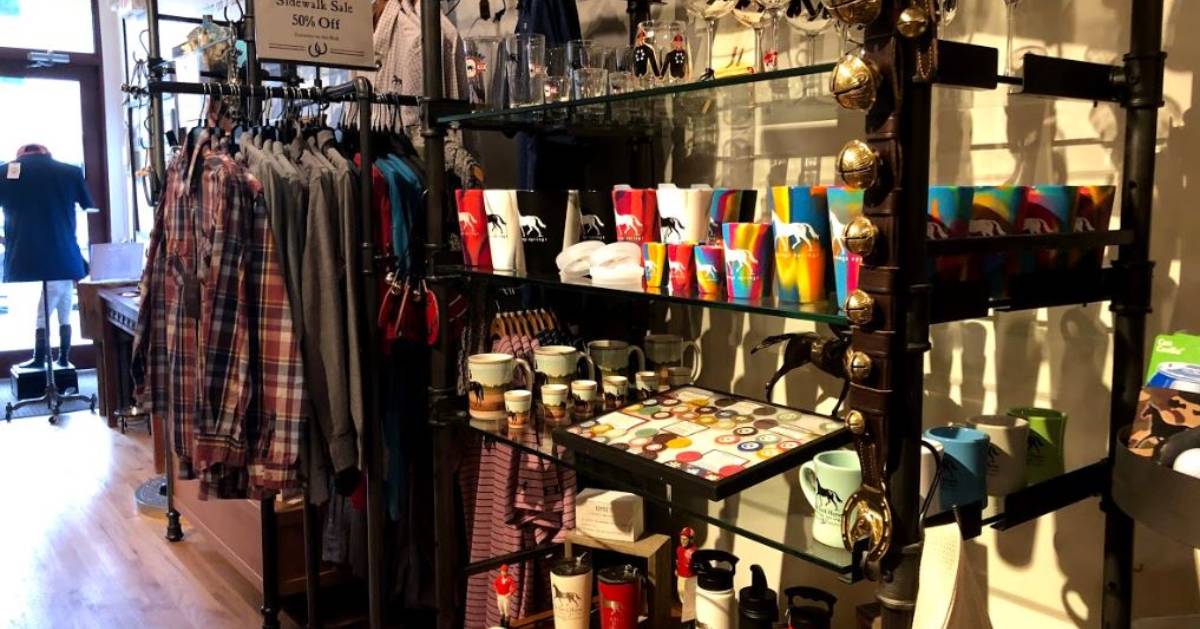 Going into smaller stores versus the big box chains might be safer for customers, Maddy Zanetti believes. She owns Impressions of Saratoga and The Dark Horse Mercantile, both of which sell Saratoga Springs- and horse-themed memorabilia and gift items.

“A small store like this versus going into Target or a big store, you’re going to be safer, you’re going to have one-on-one interactions.” She emphasized that as a small business owner she can know when someone has been touching products or moving items and clean the merchandise as needed, whereas at the larger stores the employees can’t know what has been touched or track who has been moving items around.

Zanetti will also continue to offer the curbside pickup and local delivery options for patrons who wish to avoid going into the store for now. 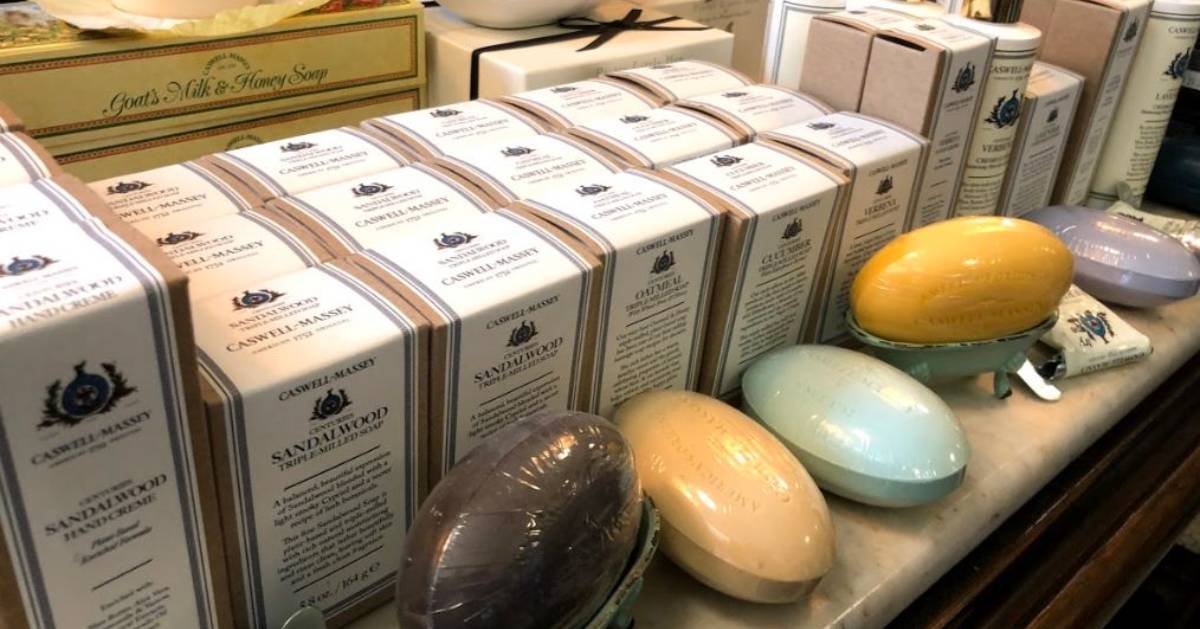 Menges & Curtis Apothecary is also excited to reopen. They have been recognized as the longest continually operating enterprise in Saratoga Springs, having been established in 1860, and they’re still going strong.

While they’re known for their customized medications (they are made from scratch to meet your individual needs, based on prescriptions from your doctor), they also offer soaps, nutritional and supplement products, and houseware items.  The nutritional and preventative health products had a “big boom” before the crisis, and are likely to do well again.

Look Forward to In-Restaurant Dining in the Future 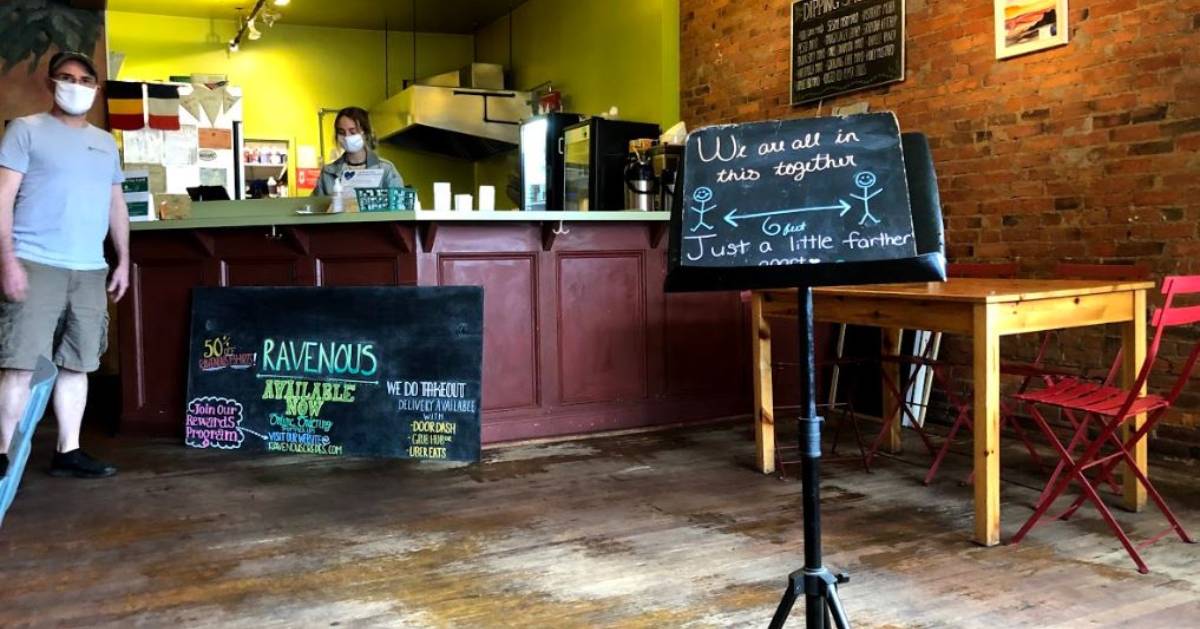 Restaurants like Ravenous and the Adelphi’s Salt & Char, The Blue Hen, and Morrissey’s, are all currently offering takeout and are gearing up for the return of the diners – even though they’re not yet sure what that will entail. Restaurants fall under Phase 3, and cannot open for dine-in services just yet.

“Right now we’re set up at 50% capacity,” Ravenous owner David Zuka told us. “The big dining table that normally sits in the middle of the dining room – I took that out, I took a couple of the small tables out, I distanced the tables.” The Adelphi restaurants are also setting up dining rooms for social distancing.

Since Zuka has been operating Ravenous he’s had a “firm sanitization protocol in place” regarding sanitizers, dispensers, and both he and his kitchen manager are ServSafe certified. So as with other business owners we’ve spoken with it’s a matter of ramping up the protocols that were already in place.

“We’re ready when the state says we can go,” he said.

Get your questions answered on what else is opening when >>