Saratoga kicked off Pride Month on Thursday evening with a ribbon cutting ceremony to officially unveil the Saratoga Pride Crosswalk. The crosswalk, located between the Congress Park Carousel and Hathorn Springs across Spring Street, donned each color of the rainbow in between its thick white lines.

The threat of rain couldn’t dim the rainbow that shined on this red carpet event. Organizers announced the location change to Bailey’s Cafe over projected forecasts of inclement weather. A large number of people gathered inside the restaurant, ranging in age but all very openly supporting a movement near and dear to their hearts. In a sea of rainbows, it was hard to not notice that Ethan Atwood’s daughter was most likely the youngest participant of the event. She wore a colorful outfit along with a Saratoga Pride sticker much like everyone else there. When asked why he felt it was important to bring his youthful daughter to Pride events, Atwood says it’s “because they’re coming into a world that’s going to be so different that what we grew up with,” adding that “it starts now.”

Representative Tonko spoke on the progress made in Washington, saying that “every step matters.” NYS Assembly Member Worner told the enthusiastic crowd, “the smiles on all of your faces are enough to light up this entire city.” Perhaps one of the most passionate and well-received speakers was McEntee. The speech, filled with calls to action that provoked cheers and applause from the audience, seemingly referenced the Stonewall Riots of 1969. McEntee asserted that “pride started as a riot so we could gather here today as a celebration.” 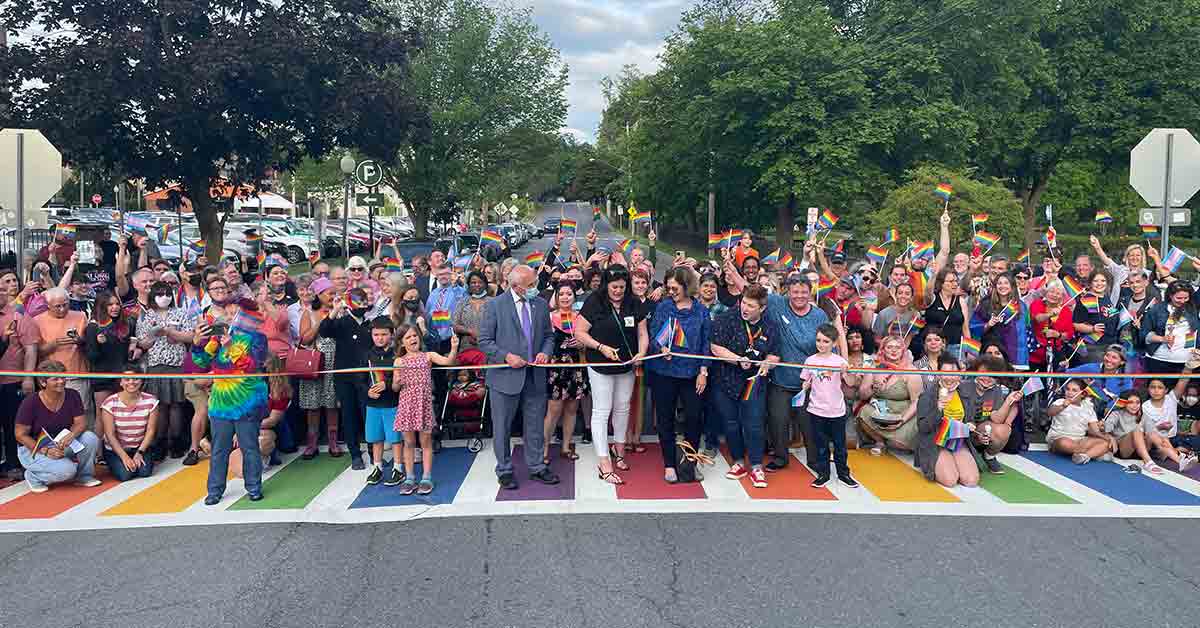 Despite afternoon forecasts, the sun peeked out from the grey skies, allowing the official ribbon cutting event to take place at the Saratoga Pride Crosswalk. The festivities continued with free ice cream courtesy of Ben and Jerry’s along with a gathering for food and drink at Bailey’s Cafe.