John Imbriale wasn’t the only one who exclaimed “And they’re off at Saratoga!” when the horses broke from the starting gate in Race 1. Fans rejoiced at the opportunity to celebrate the Saratoga season after the track did not welcome fans into the venue last year due to the pandemic. 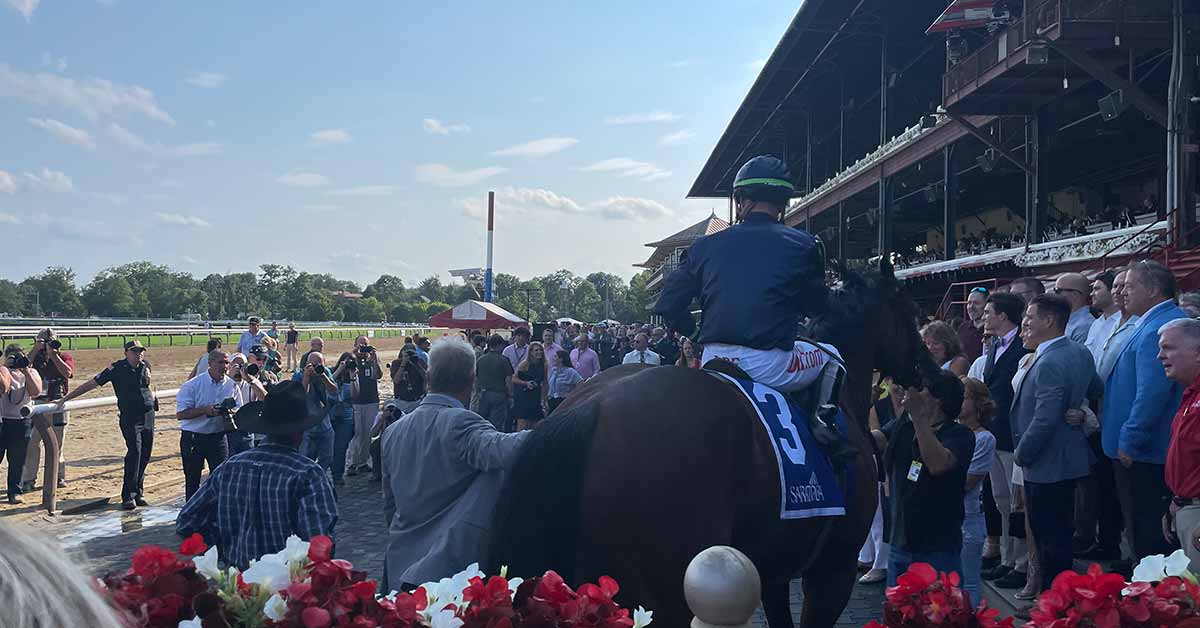 Prior to the Union Avenue gate opening up at 7am, fans were lined up with coolers and table cloths in hand to snag a picnic table. Throughout the day, enthusiasm was high across the crowd, waiting for the chance to cash in a ticket and win some big bucks.

Perhaps it was the end of Race 3 that made fans roar across the track. Alley Oop Johnny, going off 11-1, held a consistent lead throughout the race but ran out of steam nearing the finish line when Smile Bryan snuck into the lead, winning by less than a nose.

Two Grade 3 Stakes races took place on Opening Day—the Quick Call and the Schuylerville. Golden Pal, with Irad Ortiz Jr. in the saddle, got the win for the first stakes race after not running in a race since last fall. The Schuylerville Stakes was won by Pretty Birdie, ridden by Luis Saez. Saez was the winningest jockey on Opening Day with four wins under his belt, a very different start to the Saratoga season compared to last year when he missed the first two weeks due to Covid-19 protocol.

The live racing at Saratoga will continue throughout the summer! Check out our Race Track Guide for everything you need to know, including the stakes schedule, giveaway days, parking, and more!