Visit Saratoga.com For Everything Saratoga
Enter Giveaways Advertise
Home  »  Community  »  An Exclusive Look Behind the Scenes at the Saratoga County Fair

The Saratoga County Fair is a place to have fun with friends and family, make lasting memories, and learn a little something about agriculture. But what the public never sees is the dedication of 100+ volunteers working countless hours behind the scenes to make the magic happen, and the transportation of vendors, animals, and other components to the fairgrounds. Read on to learn more about the unseen parts of the Fair and how everything comes together to bring us this quintessential Saratoga summer event.

The Organization & Volunteers Behind the Fair 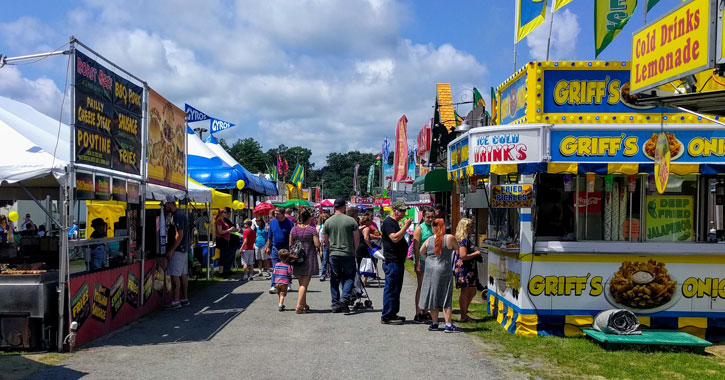 On top of that, there are over 100 volunteers working throughout various areas of the Fair, over 50 people working the entrance gates, and there are also a number of security staff members on the grounds to ensure everyone’s safety.

Another significant aspect of volunteering at the Fair is the effort that goes into the landscaping of the fairgrounds during the weeks leading up to the Fair. Volunteers of the Saratoga County Master Gardener Program work hard under the direction of Susan Beebe at Cornell Cooperative Extension to take care of touching up the grounds and planting flowers.

The flowers and plants are donated by local florists and nurseries, and there are additional horticultural professionals who donate their time to beautify certain areas of the fairgrounds. 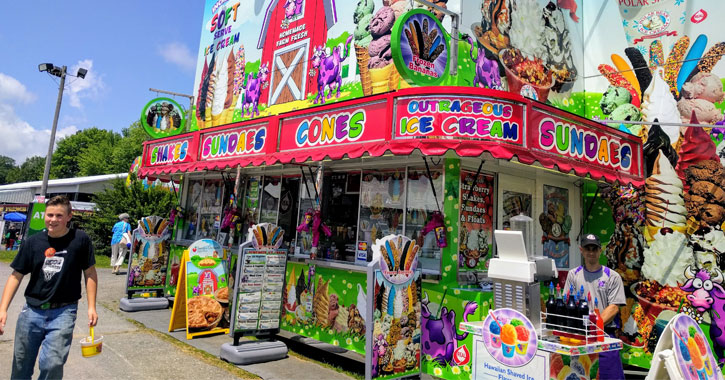 The Saratoga County Fair is undoubtedly a year-round effort, but things start getting physically moved to the fairgrounds in April after winter storage is over. The grounds are rented out for events most weekends during the year, so the serious setup happens the week before the Fair.

Vendors start moving in only days before the Fair opens. Magic is happening behind the scenes right up until the night before the gates are opened for a full week of fair fun. When these vendors come in, they are usually arriving from another event and every setup process is a little bit different. The physical moving of everything requires patience at all levels to ensure everyone goes where they need to be and the setups are correct.

The animals we all love to visit when we come to the Fair are brought in by the individual farmers, entrants, and exhibitors, including all the 4-H kids who are responsible for bringing their own animals in.

When asked what last minute preparations entail, President of SCAS Tammy Ballestero said, “Putting out many fires! You’ve got to be able to roll with the punches. The best-laid plans have you quickly ditching Plan A and implementing Plan C with a moment’s notice.”

Ballestero also said they spend a lot of time praying for good weather for Fair week. 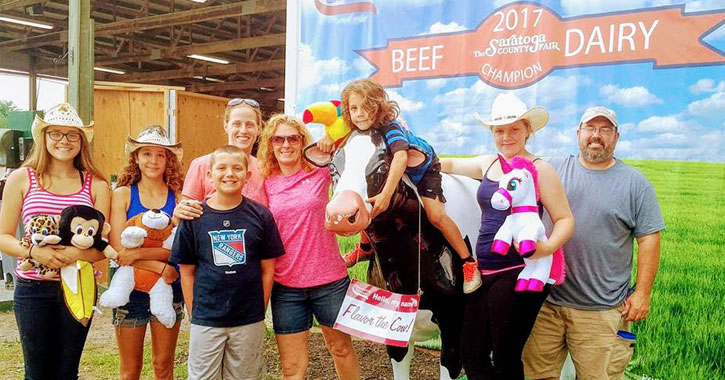 Here are some facts and figures about the Saratoga County Fair:

In addition, the fairgrounds are in use 24 out of 52 weeks a year for other events held throughout the year.

The Saratoga County Fair opened for the first time in 1871 as the Union Fairgrounds, and was taken over by the SCAS in 1882. The Fair started out with less than 20 acres, including parking, but now there are 30 acres of exposition areas and facilities and an additional 24 acres for parking.

The SCAS actually dates back even farther than the Fair, having formed in 1841. In fact, the group pre-dates most of the agricultural fairs in the entire country, and pre-dates the Saratoga Race Course!

Connections to the Community & The Importance of Volunteering 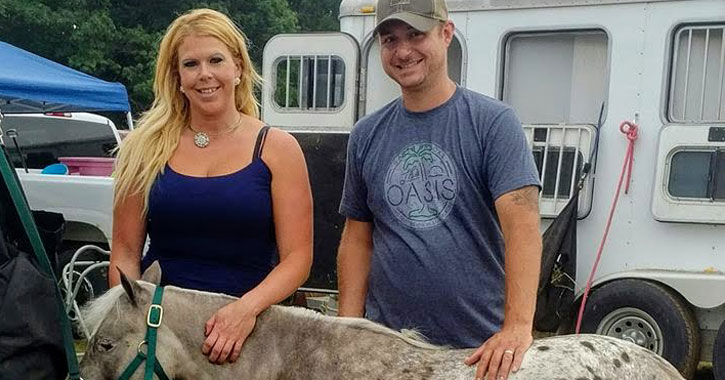 The SCAS is in the “fun business,” as Ballestero calls it, but at its heart the group is a nonprofit organization committed to the mission of promoting and educating patrons about agriculture. The Fair is the driving force that achieves this goal.

Part of what makes the Fair such a success each year, and what allows the SCAS to continue to work towards its objective of agricultural education, is fostering solid relationships with the 21 towns and two cities that make up Saratoga County. The help received from county officials, Cornell Cooperative Extension, and Saratoga County 4-H is absolutely essential to the Fair and the mission of the SCAS.

A big benefit of being a part of this group that Ballestero has seen firsthand is the personal networking: “We’re not just a busy group of community volunteers with a common interest, we’re also friends,” she told us. “In fact, most of us consider ourselves family. We use the hashtag #FairFamilyStrong.”