Longfellows Hotel, Restaurant and Conference Center at 500 Union Ave., Saratoga Springs, is closing this month as the property is being purchased by a New Hampshire group that owns and develops luxury hotels.

After more than a quarter century in business,  Steve and Yvonne Sullivan and David Powers are selling the property to Hay Creek Hotels of Exeter, N.H.

Price has not been disclosed. The Sullivans and Powers also own the Olde Bryan Inn, 123 Maple Ave., Saratoga Springs, and will continue to operate it.

“After almost 50 years in hospitality, it’s time to step back,” said Steve Sullivan. “I believe Longfellows is in good hands. Going forward, we plan to continue to own and operate the Olde Bryan Inn for many years to come. I also look forward to time spent coaching those around me, as well as working on social service projects, some that I’ve already been involved in for many years.”

As we say farewell to 2022, we can reflect on what a great year it was for leisure travel and in the meetings industry.

Leisure travel was anchored by many of our major attractions and cultural institutions, such as the Saratoga Performing Arts Center, Live Nation, Saratoga Casino Hotel, Universal Preservation Hall, Caffe Lena, National Museum of Racing, and the historic Saratoga Race Course. The track’s summer meet eclipsed one million in paid attendance for the seventh consecutive year.

As for meetings and events, the return of business was swift. Not even rising costs, staffing shortages and a possible recession changed meeting planner confidence. While we are still below pre-pandemic booking levels, we saw that our leads and bookings volume were on the rise.

When we look at the numbers for our lodging partners, there was much to celebrate. Through November of 2022 year to year, Saratoga County saw steady growth over 2021. Over the previous 12 months, demand increased by 14.8 percent, occupancy was up 12.9 percent, average daily rate was up 11 percent, and revenue per available room was up 25.3 percent. Since group business is not entirely back, leisure business literally saved the day.

The occupancy and average daily rate that our lodging partners were able to command shows a strong return to business, and breaking records for revenue in many cases.

The 2022 Holiday Match Program conducted by Stewart’s Shops has raised over $2 million for local children’s organizations, the company said.

From Thanksgiving Day through Christmas Day, Stewart’s customers donated $1,011,281 to the program. Each individual donation was doubled by Stewart’s Shops. With no administrative fees, 100 percent of the funds benefit local, nonprofit children’s organizations.

“We are continually amazed by the generosity of our customers. We are proud to double their gifts allowing us to share more with our communities. These gifts have the power to accelerate progress where it’s needed most and support projects and services that can fuel real change in our communities,” according to Jennifer Frame, Stewart’s Shops director of corporate philanthropy.

This doesn’t include the GlobalFoundries’ $15 billion investment at Luther Forest Technology Campus in Malta, where plans are in the works for a second computer chip manufacturing plant that might cost up to $10 million and create 1,000 more jobs.

As he looked back at his tenure, he said he expects the Malta project to fuel a whole new wave of business and job growth. That’s why SEDC’s focus the past few years has been on providing the industrial space and workforce housing needed for related, support firms to locate here and succeed.

“We’re seeing the need for these things because of the economic viability of our county for new jobs,” Brobston said. “My concern with Global is that when they pull the trigger on Fab 8.2 and start to get new people in here, that we have enough capacity to handle that.”

“It’s hard to get workers if you don’t have workforce housing,” he said. “You’ve got to have a place for people to live. It’s something people all across the country are talking about. It’s definitely needed in our county because it’s difficult for some people to afford rents, which have grown to $1,200 to $1,500 for sometimes outdated apartments, let alone buy a house.”

She will be the front-line client interface of the firm, will manage our technology and client experience initiatives and will oversee the internal workings of the office.

After graduating from the University of Albany, Markle enrolled at SUNY Empire State College where she is pursuing an MBA with a concentration in Human Resource Management.

Riley gained her prior experience in operations, human resources, and office administration while working at a law firm in Albany and later in a consulting firm in Saratoga.

The company also announced that both Daulton McHale and Bryce Kahler passed their last part of the CPA exam.

McHale is officially a licensed CPA in the state of New York. He is a senior tax associate and Kahler is a tax and accounting associate.  They work on a wide range of industries and have a broad perspective on the varied tax and accounting issues that clients encounter. 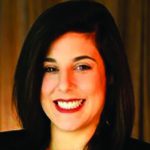 Raymond, who has more than a decade of experience in talent management, will design, implement and manage effective hiring strategies for candidates across the company’s seven-state footprint that align with NBT Bank’s business goals.

Most recently, Raymond served as talent acquisition operations manager for Oneida Nation Enterprise. Prior to that, she was the division manager for an accounting and finance staffing firm.

She holds a bachelor’s degree in business administration from Nazareth College and has received numerous awards for her work. Active in her community, Raymond volunteers at the Boys & Girls Club and with the Wounded Warriors Project. 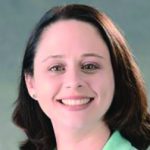 The Wesley Community announced a series of management promotions among its senior leadership team.

In addition, Heather Roselan was hired as director of assisted living at Woodlawn Commons.

“We are pleased to announce the promotions of these exceptional individuals to their new leadership roles at The Wesley Community,” said J. Brian Nealon, CEO of The Wesley Community. “It is always a source of great pride when our existing leadership team members advance with us in their careers. Additionally, we remain committed to identifying and recruiting new talent as we embrace the future of senior care.” 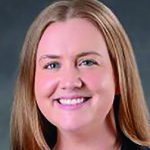 “Working for a mission-driven organization has given my career more meaning and purpose. The compassion Wesley provides to our residents, their families and our staff makes me proud to be part of a community that cares for all who walk through our doors,” said Lahoff.

In her new role as executive director of The Wesley Foundation, she will work with Wesley’s Senior Management team and the foundation’s board of directors to generate funding to enhance the lives of Wesley’s residents and clients.

Cohoes-based Prime Companies has a project approved in Saratoga Springs and is waiting for the stars to align, financially speaking, before going ahead with construction.

That’s the firm’s strategy for a proposed upscale apartment and townhouse complex to be called Saratoga Station Square on the south side of Station Lane, off West Avenue, in Saratoga Springs, near the Amtrak station.

“Saratoga Springs is arguably the best place in Capital Region to live,” Prime Companies principal Dean Devito said. “It’s regularly voted one of the best small cities in America. When you get people coming in from out of town, deciding where to live, Saratoga constantly gets ranked as having the best quality of life.”

“Anybody who wants to take a train, you can just walk from the property and go to Montreal or New York City,” he said.

Southern Adirondack Independent Living (SAIL), which originated in Glens Falls and has a Queensbury office, has relocated its Saratoga County office to the Wilton Mall.

The new Wilton location replaces offices in Ballston Spa where the organization was located for 15 years. The agency also has offices in Saratoga, Queensbury and Plattsburgh.

“People with disabilities are figuring out their next step,” said Tyler Whitney, deputy executive director. “A lot of people don’t know what they need when they come here.”

The organization assists with housing, arranging in-home medical and nursing services, finding appropriate health insurance, free medical equipment loans, preparing Medicare and Medicaid applications, connecting with other community services, and other services that can help people with disabilities achieve the greatest level of independence possible. Primarily a source of advice and counseling, SAIL does not provide direct services but, Whitney said, they work closely with the providers that do.

The organization serves a 15-county swathe of upstate New York. “We begin in Columbia/Greene and work our way up,” Whitney said. It is a nonprofit organization, supported by state and federal grants and donations.

Whitney said the new office is “accessible and innovative,” centrally located in the heart of Saratoga County. Availability of public transportation was a big piece of the decision to relocate to Wilton, she added. The new location provides 4,500 square feet of space. It received a “top to bottom renovation” between the time SAIL decided in mid-summer to move and their actual relocation in early October.

The city of Mechanicville is one of several municipalities in the state to receive part of the $33 million in Community Development Block Grant funds awarded for local infrastructure improvement and housing rehabilitation projects.

Mechanicville will use $47,500 in grant funds for the development of an engineering report documenting issues with the city’s stormwater infrastructure.

Also in the region, the village of Fort Edward in Washington County was awarded $48,000  to complete an Engineering Assessment of the Historic Fort Neighborhood.

“By supporting improvements to build affordable housing, enhance public water facilities and strengthen local infrastructure, this funding will lay the groundwork for stronger, more resilient neighborhoods across New York,” said Gov. Kathy Hochul said. “These critical investments in our public infrastructure will help provide safe, stable housing and affordable amenities to New Yorkers while allowing businesses to grow and thrive, and I thank the New York Congressional Delegation for securing this vital funding for our state.”

SUNY Adirondack and SUNY Plattsburgh have an agreement to create a bachelor’s degree program in computer security at the college’s shared Queensbury campus.

“We are eager to welcome students into our new bachelor degree completion program in computer security, one of the only computer security majors among the SUNY comprehensive colleges,” said Emma Bartscherer, director of SUNY Plattsburgh’s branch campus at SUNY Adirondack. “With the added benefit of a concentration in threat analysis, students will graduate with a competitive advantage and many career prospects.”

“True to our motto, ‘You don’t have to leave to go far,’ SUNY Plattsburgh’s branch campus serves students in the region as the only four-year school with a presence in Warren County, Bartscherer said.

Computer security is the latest 2+2 agreement between SUNY Adirondack and SUNY Plattsburgh. The two colleges also offer joint in-person degree programs in psychology and criminal justice, and online in business administration and RN to B.S. in nursing.