Last year, a record 239 million visitors traveled to New York state, generating an economic impact of $104.8 billion, exceeding $100 billion for the third straight year, according to the governor’s office. In addition, visitors generated an all-time high $64.8 billion in direct spending. These figures each represent a nearly 3 percent increase over 2015.

“New York’s rich culture, diverse history, scenic beauty and outdoor recreational opportunities are second to none,” Gov. Andrew Cuomo said. “With a record $104.8 billion economic impact, New York’s tourism industry is stronger than ever before and as we continue to invest in the success of world-class destinations and attractions found at every corner of the state, more and more visitors will come to experience everything New York has to offer.”

Tourism statistics were provided by Tourism Economics, an internationally recognized travel data firm, using the Impact Analysis for Planning (IMPLAN) input-output model for New York state, utilized worldwide by governments, universities, and public and private sector organizations. The model follows the flow of sales through the economy to the generation of GDP, employment, wages and taxes.

According to the report:

• The total economic impact of tourism statewide reached a record $104.8 billion, exceeding $100 billion for the third straight year, an increase of nearly $18 billion compared to 2011.

• New York state tourism generated $8.2 billion in state and local taxes in 2016, a nearly three percent increase over 2015, saving each household an average of $1,133 in taxes.

• Tourism remains the fourth largest private sector employer in the state, supporting more than 914,000 jobs, according to the New York State Department of Labor. The tourism industry was also responsible for nearly $21 billion in direct wages, a 25 percent increase from 2011.

A mixed-use residential, professional and retail development has been proposed for South Broadway in Saratoga Springs.

If approved by the city Planning Board, the plan would involve the demolition of the long-vacant Saratoga Diner and the construction of 110 apartments, consisting of 64 two-bedroom units and 46 one-bedroom units, along with common spaces, totaling 98,000 square feet of residential space. The parcel is three acres.

The project is proposed by KGC Development, a firm based out of Indianapolis, in partnership with local developers, DEW Ventures LLC. KGC focuses on developing multi-use projects in upstate New York and along the east coast. The company said it is  “passionate about creating communities that have a positive impact on residents and the overall community.”

While the project has not yet been named, Bill Teator, a managing member DEW Ventures, thinks that referring to the southern portion of Broadway as “SoBro” might be appropriate

According to the proposal, the project would be a “catalyst” for revitalization in a neighborhood that will benefit from the construction of affordable housing and a combination of retail, professional and commercial space.

“Several other nearby properties have already sold,” said Teator, referring to the Grand Union Motor Lodge and other properties in the immediate vicinity, which he says is proof of the progress occurring in the somewhat neglected part of the city.

A project in Clifton Park and one in Saratoga Springs will get a portion of $112.2 million in funding that has been awarded to 81 projects that support bicycle and pedestrian enhancements and improve air quality across New York state.

Funding supports projects that include multi-use bicycle and pedestrian facilities, new accessible sidewalks that adhere to regulations under the Americans with Disabilities Act (ADA), improved access to public transportation, and enhanced roadway safety.

Of the $13.1 million earmarked for the Capital Region, $848,840 will go to the town of Clifton Park to construct an ADA-compliant, multi-use path.

Some $1.5 million will go to Saratoga Springs to complete the Greenbelt Trail Downtown Connector.

“This funding is critical to enhancing our infrastructure and paving the way for both pedestrian and bicycle travel,” Gov. Andrew Cuomo said. “By improving roadway safety and increasing access to healthy transportation alternatives, we are providing both residents and visitors a chance to experience the state’s natural beauty like never before, while supporting a cleaner, greener New York for generations to come.”

The funding, which will provide up to 80 percent of the cost of each project, is made available through the Federal Highway Administration and administered by the state Department of Transportation. Selected through a competitive solicitation process, awardees presented plans that will increase options for non-vehicular transportation, reduce vehicle emissions or traffic congestion, or both.

Nigro Companies paid $49.3 million to Retail Properties of America for the center in a deal brokered by CBRE’s National Retail Partners. When it went on the market, it  was listed nationally.

“The center has been kept in pretty decent condition by the previous owner,” he said. So the only changes will be some cosmetic improvements on the grounds, like landscaping.

The company already owns nearby Wilton Plaza and Hannaford Plaza, so when the property came up for sale, Nigro Companies had a strong interest, he said. 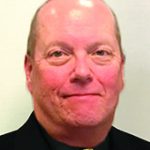 Mewhorter will be responsible for business intelligence and management reporting to support the strategic goals of the bank, in addition to continuing his roles as information security officer and business continuity facilitator.

Mewhorter joined Ballston Spa National Bank in 2005 as an information security officer. He received a bachelor of science in marketing, majoring in personal selling/sales management from Bowling Green State University. 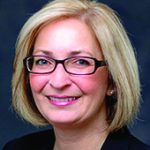 Michelle Everts has joined the company as a licensed real estate salesperson. She will work with the Roohan Realty team and real estate clients in all areas of the market, from residential to commercial to investments. 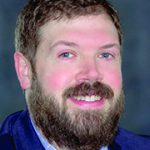 She resides in Wilton.

Neil Corkery has joined the company as a licensed real estate agent. Corkery grew up in Greenwich and now lives in Saratoga Springs.

He received a bachelor’s degree in business administration and management from Gordon College in Massachusetts. Corkery is new to real estate sales although he previously worked in the mortgage industry at Wachovia.

The highest compliment to a business owner just may be relocating to another state and having some employees pick up their lives and come along.

Scott Brankman and Emily Farnsworth-Brankman left the restaurant they owned in Boston when they learned of an opportunity to set up shop in Saratoga Springs. With them, came three employees. The couple and their former employees can be found at the newly established Braeburn Tavern which opened in May at 390 Broadway.

Farnsworth-Brankman said she and her husband, who is a chef, feel they have a perfect spot. When learning of the chance to be downtown, they were thrilled.

“It is just so great having a business in Saratoga. We could not be happier,” said Farnsworth-Brankman.

The Braeburn Tavern is the located in the  former home of the Crown Grill.

The restaurant is open for dinner every day and for lunch and dinner Friday through Sunday. They can seat up 130 inside and some outdoor seating.

Farmers Hardware is a new brunch dining restaurant expected to open in June on Maple Avenue in Saratoga Springs.

For owner Julia Sanzen, the restaurant is about combining her love of cooking, health and nutrition.

Sanzen was born and raised in Saratoga Springs. She later moved out of the city, graduating from American University and receiving professional training at the National Gourmet Institute. She has worked alongside celebrity chefs and opened her own catering service.

Now Sanzen is ready to come back home.

“I delved into the Saratoga food scene. The word is that good quality breakfast is needed,” she said.

Farmers Hardware will be located at 35 Maple Ave.

The venue itself contains three floors. The first floor contains a communal dining area. There will also be patio seating outdoors. Before sitting down, guests can walk upstairs to the second floor, where they place their orders. The third floor is available for additional seating. There is also private event space available on the third floor.

Espey Manufacturing & Electronics Corp. is making an investment in new products to serve the U.S. Department of Defense.

The nearly $5.3 million in upgrades will permit development of power transformer and generation technologies needed in support of the defense systems.

Officials said the expansion will help diversify the company’s product offerings and improve retention of 144 existing local employees. Espey’s average wages are over $62,000 per year (as compared to $53,000/year in the Capital Region average for manufacturing sector, NYSDOL).

“We are focused on helping our local manufacturers advance their competitive position and retain the jobs and wages they create in our communities,” said Dennis Brobston, president, SEDC. “Our Advance Saratoga initiatives to retain and grow jobs put a high priority on our existing valued employers. We are proud to have Espey here bolstering our nation’s systems for our defense. It is important we help them stay competitive and put people to work innovating and building future products.”

Saratoga Economic Development Corporation (SEDC) is leading an incentive application to the Clifton Park IDA to retain Kitware Inc.’s 88 high-paying software development and services jobs with potential for 25 percent more jobs in the next three years, agency officials said on May 2.

He said the effort continues SEDC’s Advance Saratoga initiatives to retain jobs and to promote the area as a home base for corporate headquarters.

Kitware’s average wages are over $100,000 per year, officials said. The company has outgrown its space on Corporate Drive in Halfmoon and has other operations in North Carolina, New Mexico, Idaho and France.

“With operations across the nation and in France, providing software products and services to several federal departments and major institutional clients, Kitware literally could have moved anywhere,” said Brobston. “Thankfully, we were able to collaborate with the principal developers, Kitware leaders and the Clifton Park IDA to develop an incentive proposal to help retain their skilled jobs and high wage earners in our communities.”

This new restaurant will have much in common with their first, though they hope to obtain a liquor license which they don’t have in Glens Falls, the owners said.

The interior will be completely redone. Exteriorly, the place will be “spruced up” with new railings and sidings, they said.

“We make everything in-house” including bread and mozzarella, and otherwise source locally, Justin Bartlett said. The chicken is antibiotic and cage-free “from egg to preparation” before being barbecued on a wood-burning rotisserie, thus the name “dizzy.”

Bartlett said he takes pride in the restaurant’s ability to provide homemade healthy and nutritious food in a casual, fun, family-oriented atmosphere. And the delivery aspect offers quality takeout at an affordable price with quick service.

Saratoga is a “happening food town,” a natural draw for the restaurant’s expansion. He said the so-called “slow food” movement, stemming most closely from the Hudson Valley chapter, is popular right now.