By Susan Elise Campbell
The fourth quarter of any fiscal year is a busy time for CPAs. But this year, advising clients is posing more than the usual challenges.
“It is difficult enough for CPAs to get out of 2020, much less plan for 2021, when passing laws pertaining to deductions, depreciation and taxes is delayed,” said Laurie A. Stillwell, a CPA in Saratoga Springs.
“My biggest fear professionally is that it is difficult to advise clients on how to move forward from a business and personal tax perspective,” she said. “I have never been busier, but I want to be proactive and that is nearly impossible.”
“It has been the busiest year-end in 10 years because of uncertainty with taxes and the economy,” said Paul A. Curtis, CPA, a founding partner of CMJ, LLP in Queensbury. “Our firm was in a rush to close business sales because the new administration is thinking of eliminating the maximum 20 percent capital gains rate and raising personal income tax rates.”
“A company that has grown to a million dollar business pays $200,000 under the current tax code but may have a $400,000 tax bill if they wait to cash in next year,” he said, which is why CMJ closed six major transactions in December. Uncertainty scares businesses to death.”
One issue that was clarified when the CARES Act and supplemental appropriations were signed on Dec. 27 is what would happen if small businesses were unable to repay their loans under the Payroll Protection Program.

By Stephen Kyne, CFP
There is an old curse that reads, “May you live in interesting times.” I think we can all agree that we are certainly in interesting times. From the pandemic and the economy, to the political climate, 2020 (and so far, 2021) will long be remembered as a consequential year. The question now: Where do we go from here?
2020 was a tale of two economies. Small businesses experienced a very different reality last year than large businesses. We all know local business owners who are struggling, or who have gone out of business, altogether. We know service sector workers whose financial lives are in complete collapse. Yet, on the other side, many large national businesses are booming. It’s a travesty, and our hearts go out to those suffering.
Things will get better.
For investors who stayed invested during 2020, it turned out to be a surprisingly positive year, especially in the technology sector.
This pandemic would have been untenable without recent technological innovations. Not only has technology allowed us to stay connected to loved ones during shutdowns, it has also allowed more people to work productively from home than ever before. As a result, non-tech companies, their employees and customers, have been direct beneficiaries since these companies have not had to shut down, could retain their employees, and consumers could still gain access to products and services which are essential to modern life. Imagine how much worse things would be if this had struck in the ‘90s.
What do we see for 2021?

By David Cumming
As a small business owner, you are playing a big role in driving our nation’s economy. According to the U.S. Small Business Administration, small businesses create two out of every three net new jobs in the private sector. Currently, there are over 30.7 million small businesses in the U.S., accounting for 47.3 percent of all U.S. employees.
If you’re like most entrepreneurs, you wear many hats, including overseeing the finances of your business. Each day, you face critical decisions that may have an enormous impact on the future success of your company. Questions about day-to-day cash flow, attracting and retaining talented employees and balancing finances at work and at home are just some of the challenges you must consider as you grow your business.
Every business is unique, but the five critical strategies for strengthening a business for long-term growth are the same.
1. Managing cash flow
Having an effective cash flow strategy can assist you in keeping your finger on the pulse of how quickly and effectively cash is moving in and out of your business, while also working to enhance the yield on your short-term assets. You’ll also need skills and resources to address a broad range of credit structures.
2. Protecting your assets
Unforeseen events can jeopardize the value of your business. What if something happens to you, or another person who is critical to the success of the business? Or what if you get sued? 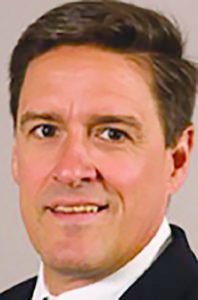 By Susan E. Campbell
As a new year arrives, many company owners review their business plans to make sure every financial decision, marketing program and staff member remain aligned with their company vision.
“Most of the time a business plan is stuck in a drawer and only revisited when the owner needs something, such as a loan,” said William Brigham, director of the Small Business Development Center of the University of Albany School of Business.
“We see a thousand businesses a year from 11 counties, and people would be surprised by the lack of a formal business plan,” said Brigham, who has been with the nonprofit organization for 20 years.
Financial advisors agree that a solid business plan is at the heart of a company’s success.

By ROB SNELL
Now that we’ve closed the book on 2019, it’s officially tax season. As you prepare your tax returns for the April 15 deadline, you might already start looking for opportunities to improve your tax-related financial outcomes in the future.
One important step you can take is to connect your tax professional with your financial advisor.
Together, these professionals can help you take advantage of some valuable strategies:
• Roth vs. traditional IRA. If you’re eligible to contribute to a Roth IRA and a traditional IRA, you might find it beneficial to have your financial advisor talk to your tax professional about which is the better choice.

For entrepreneurs and freelancers who struggle with quarterly taxes, help is here. AARP Foundation has launched AARP Foundation Self-Saver, an online resource and iOS app that enables the self-employed to anticipate and manage large expenses such as taxes.
Self-Saver is an all-in-one tool 1099 earners can rely on to calculate taxes, itemize expenses, automatically withhold the right amount of tax and submit quarterly filings to the IRS. The convenient, streamlined process makes it easy for users to get a handle on self-employment taxes.

Business planning involves many things. Budgets, staffing equipment and much more go into the process.

Marketing, to grow business and build a brand, is an important part of the process.

Asked what trends he sees for clients in 2019, Christopher Ryan, president of SIX Marketing said, “Everything today is based online. People are going to research you before they even do business with you,” he said. “Your web site is one of the most important tools. Make sure it is saying what you deliver. Make sure it’s clearly representative of your business.”

Marketing Kangaroo’s Kim Hickok, a brand strategist with decades of experience, said the first step is to develop a brand strategy. It defines what a business stands for, as well as the image it conveys. It also establishes long-term plans designed to achieve specific goals.

“It means knowing who you are as a business and having a story about your business. It’s about asking ‘Who are you? What’s your story? Who are you talking to?’ The brand strategy should be shared in a way that connects with an objective,” she said.

How can you assess your investment portfolio’s performance in 2018? The year was full of wild swings in the financial markets, so your own results may well have bounced around quite a bit, too.

But you can still get a clear picture of how you did if you keep your investments’ returns in the proper perspective by making sure your expectations are relevant, realistic and reviewed.

Let’s look at how these terms can apply to a meaningful evaluation of your investment progress:

Relevant. Many investors compare their portfolio returns to a popular market index, such as the S&P 500. But this comparison is not really valid for a variety of reasons. For one thing, indexes are typically not diversified across different types of investments—the S&P 500, for instance, only tracks large U.S. companies.

Area experts say that a healthy economic environment and strong growth prospects in particular sectors are giving a positive message to businesses all around the Capital District: It’s a good time to be in business right here, right now.

“2018 is an ideal time to begin a business. Albany creates a lot of employment as well as opportunities for vendors supplying the Capital, from paper and hardware to restaurants and other service areas,” said Anthony Ianniello, an attorney and president of Ianniello Anderson PC.  “There is a stable economic environment in the Capital Region.”

Moreover, the nano-tech center and colleges in and around Albany, and GlobalFoundries headquartered in Malta, create excellent opportunities for suppliers of both materials and expertise, he said.

Ianniello’s advice for ongoing businesses in the service industry is to “drill down on how to best provide services to customers.” To do that, it’s imperative for sales and marketing to be entrenched in the digital world, he said.

As we turn the page on another year, it’s time to take a look back at all that was, and prepare for what lies ahead. For the economy at large, 2017 was a stellar year and we think there is more to look forward to in 2018.

We’re beginning to feel a bit like a broken record when we say that the year has been better than we expected, and we expect the next year to be good as well. Unfortunately, since 2009, many investors have remained on the sidelines and have missed the opportunities that the economy presented since the recession. The good news is that we think there’s still room to run in this expansion—even those shy investors have time left to participate.

This time last year, we expected that U.S. stock indices could easily provide returns in excess of 10 percent, and boy were we right!. As of Dec. 29, the Dow sits up about 25 percent, the S&P is up 18 percent, and the NASDAQ is up a whopping 29 percent for the year, while bond indices have returned in the neighborhood of 2 percent (barely pacing inflation).

Clearly, equity (stock) investors have been rewarded in 2017, as they have been ever since March of 2009. Loosening regulations, lowering corporate taxes and increased consumer activity have all been among the factors that contributed to an environment which is producing record corporate profits and ultimately the beneficiaries have been stock investors.