The Saratoga Performing Arts Center’s 2018 season was marked by new collaborations with the local business community, an expanded strategy focused on promoting cultural tourism in conjunction with the city of Saratoga Springs, and continued emphasis on presenting immersive experiences during and beyond the traditional classical season.

“This past season, we furthered many of our goals to increase accessibility to the arts and to build a bridge between the community, other cultural partners, and our campus,” said Elizabeth Sobol, SPAC’s President and CEO, at the October meeting of the board of directors.

“Looking ahead to 2019, we will continue to present world-class performances and experiences, forging even deeper ties with business and cultural partners, increasing community engagement, expanding outreach through our education programs, as well as making major developments in the improvement of our infrastructure,”

Sobol cited the SPAC partnership with the Saratoga County Chamber of Commerce and the downtown business community to present the first-ever Freihofer’s Jazz Fest Friday, which celebrated Saratoga as a world-class jazz city and promoted the region’s vibrant downtown.

In other collaborations, SPAC and the Saratoga Automobile Museum partnered with the city, the Chamber and the Saratoga Convention & Tourism Bureau to present the “Bugatti Parade,” as part of the Saratoga Wine and Food Festival. “We wanted to ensure that the community at-large—and not just ticket holders—had the once-in-a-lifetime opportunity to witness the majesty of 80 Bugattis as they processed from the Spa State Park to Broadway. The parade brought thousands of viewers to downtown Saratoga Springs and created a palpable energy throughout the city,” said Sobol.

Sponsored by the Saratoga Springs Downtown Business Association, it will run from 6-10 p.m. Broadway will be closed to vehicle traffic starting at p.m. to from the ea past the Saratoga City Center to the north to the Spring Street intersection to the south.

CDTA, a festival gold sponsor, will run free shuttle buses to the downtown area every 20 minutes—4:30-10 p.m.—from four parking lots: the Empire State College lot at 111 West Ave. on the city’s west side; silver sponsor NYRA’s Oklahoma training track at East Avenue and Union Avenue;  the National Museum of Dance on South Broadway; and the Weibel Avenue skating rink parking lots on the east side of Saratoga Springs.

Shops will be open and there will be holiday-themed entertainment along Broadway during the event.

The  Small Business Association’s Syracuse District announced that Adirondack Trust Co., Saratoga National Bank and TD Bank were among the top performers in the Capital Region.

“Small businesses in Upstate New York are accessing the affordable capital they need to start and expand with SBA-backed loans,” he said.

Paprocki said Adirondack Trust and Saratoga National Bank had the highest number of 7(a) approvals in their respective categories based on asset size.

TD Bank was the top Capital Region large commercial lender, with 29 loans at a value of $7.5 million. 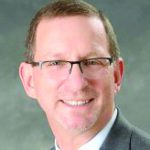 The Wesley Community announced that Jeff Cohn has been appointed chief information officer at the senior living campus in Saratoga Springs.

Cohn will be responsible for supporting and facilitating the needs and strategic growth of The Wesley Community’s technology and business functions. This includes the enhancement of Wesley’s information technology plan; maintenance and operation of information security; operating various business applications; and developing technology solutions throughout the campus.

Cohn has nearly 40 years of experience working in the information technology field and was one of the first certified netware engineers in New York state. He is the co-founder of SAGE Computer Associates. Cohn served as the principal for ADNET’s Albany location for the past three years.

He is a graduate of SUNY Oneonta, where he received a degree in geography and double minored in computer graphics and business. 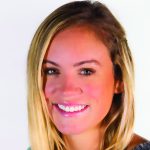 The Patient Experience Project (PEP) announced the addition of Kristen Scannell as a patient experience coordinator and Elizabeth Stauffer as director of strategic planning.

Scannell has more than five years of educational experience as a school counselor at a number of school districts. In her new role, she will coordinate and support the successful execution of the agency’s patient relationship management activities, including PEP’s patient mentor, speaking, and adviser programs.

Scannell received a bachelor’s degree in psychology from Sacred Heart University in Fairfield, Conn., and a master’s degree in education and school counseling from the College of Saint Rose in Albany.

Nickolas Goupil, an engineer employed by Jeffords Steel and Engineering, sits in his private office with two large computer screens lit up in front of him, displaying engineering drawings and designs he is working on for his Plattsburgh-based company.

He works remotely from his office in Saratoga CoWorks at 462 Broadway, part of an expansive 3,300-square-foot space above BurgerFi restaurant.

Goupil and his wife moved from Plattsburgh to Saratoga Springs in August and they’ve been working out of Saratoga CoWorks ever since.

“With technology the way it is, this makes working remotely very easy for me,” said Goupil, whose wife, Sarah Merkel, occupies another one of the seven private office spaces rented by her company, ETS Staffing, on a yearly basis.

The CoWorks location on Broadway is the second space of its kind. The first Saratoga CoWorks at 153 Regent St., in an historic building owned by drb Business Interiors, is currently bustling with activity from entrepreneurs and professionals in industries ranging from creative to accounting, to thoroughbred racing and “green” technology firms, and software developers to nonprofit organizations.

A product made by Legacy Juice Works, a Saratoga Springs-based wellness brand specializing in cold pressed juice and functional beverages, has been named a finalist in the 2018 World Beverage Innovation Awards for Best Juice.

The awards are sponsored by UK-based FoodBev Media and BrauBeviale in Germany.

Since 2000, FoodBev Media has specialized in reporting and analyzing change, trends and innovation in the international food and beverage industry. It is a multi-media business, delivering content through magazines, a website and across the world’s most relevant social media channels.

“We are so excited that the judges selected our Organic Tart Cherry juice as a finalist for the Best Juice category in this important global competition,” said co-founder, Christel MacLean.

For many parents, the idea of a place that will provide assistance to their child in the area of math is welcome news. Jeremy Morrison, owner and director of Mathnasium of Clifton Park, said his math-only center can provide help to kids in grades 2 through 12.

The center is located at 309 Clifton Park Center Road, Suite 4.

“I have spent a few years trying to figure out what type of business to start and I happened upon Mathnasium, which is a national franchise, and really liked everything about it. I liked the focus on math—something I have always been very good at and have been tutoring my daughters in math for years  I liked the focus on education and I loved the idea I could work with kids and make a difference in their lives,” said Morrison.

Lincoln Rug Gallery has opened at 1683 Route 9 at St. John’s Plaza in Halfmoon.

Sole proprietor Shiv Hari was the owner and manager of two gas stations in the area for the past six years, but decided to make a career change into retailing.

“Two years ago I visited an uncle in Australia. He has a rug business there,” Hari said. “I saw how he ran it and did research on the market.”

His research revealed a demand for hardwood flooring and area rugs of high quality, he said.

“There is a trend for hardwood floors in both new construction and renovation,” he said. “An area rug adds color and texture and designs the space, as well as absorbs noise.”

The opening of Effie’s Boutique in Halfmoon was a dream come true for Montreal native Efithia “Effie” Vasilakos.

The 32-year-old has loved fashion for as long as she can remember. As a child, she would walk into her mother’s walk-in closet to admire her stylish clothes. As she got older, she developed a passion for helping people put outfits together.

“I enjoyed getting people to try things on that they wouldn’t normally wear,” she said.

In Montreal, she owned a bookkeeping company and also worked in real estate. Her love of fashion continued. She kept up with trends by reading fashion magazines and visiting boutiques.

She later married Halfmoon resident Jimmy Vasilakos. The couple settled in Halfmoon, where Jimmy and his brother, Teddy, operate the Halfmoon Diner. The diner was started 30 years ago by their father, Peter.  It was her father-in-law who suggested that Effie’s Boutique be built on a parcel of land across from the diner.

She decided to take his advice.