We urge everyone to contact individual businesses to confirm their hours of operation before visiting, while we flatten the curve through social distancing.

By Jill Nagy
Today’s home inspectors have access to an array of technological assistants: thermal imaging cameras, radon cans, gas detectors and computer software to help put their findings into an illustrated report.
However, “the two things I use most are a flashlight and a screwdriver,” said Mike Feeder of Assured Home Inspectors in Hudson Falls. Feeder does inspections in Saratoga County and the North Country. He works out of his home.
“I have a home in my office,” Jolene Lomnes of Informative Home Inspections in South Glens Falls. She meets clients at the inspection site and will travel anywhere within 100 miles or so of the home base.
Feeder said he recently did an inspection in Missouri.
Typically, home inspectors have a background in construction. They are licensed by the state following a training course and are required to take 12 hours of continuing education a year. They must renew their licenses every two years.

By Jennifer Farnsworth
Carmelo Vines and Harold Baldwin hope to bring home design to a new level in Saratoga Springs.
At VRED, the pair is bringing years of real estate experience and combining with a passion for designing. Vines said what may begin as an affordable fixer-upper property can become a dream home with the right amount of planning. He said he always wanted to design and has always had an eye for what a property could be when it comes to owning a home and loving it.

By Susan E. Campbell
A group of four Capital District real estate agents is offering personal safety awareness instruction specifically designed for real estate agents—but with a kick.
The idea for Personal Safety Services started to take root about two years ago when Bruce McClellan, a recently retired Realtor and founder of Pinnacle Realty Saratoga LLC, had a minor health setback that “caused him to pull away a bit” from his busy real estate practice, according to the group’s operations director and instructor, Genevieve Suguitan of Signature One Group Malta.

By Jill Nagy
Real estate broker Ferdinando Bruno is owner and broker of Re/Max Solutions in Clifton Park.
His office, at Town Plaza, 800 Route 146, is the third new Re/Max franchise to open in the Albany area in the past two years.
Although relatively new to Re/Max, Bruno has been in the real estate business for 18 years. He headed the Rubinger Team, made up of family members, at RealtyUSA/Howard Hanna before opening his own franchise with Re/Max.
He said the move to Re/Max gave him the flexibility to grow a business as an independent owner. He was also attracted by the overall brand recognition of the company and the tools it makes available to its franchisees.

By Christine Graf
Coldbrook Resort Campground, an RV park located off Northway Exit 16 in Gansevoort, was purchased for $1.85 million by real estate holding company Coldbrook at Saratoga LLC.
The campground has 280 sites and is open from May 1 until Oct. 16. According to campground general manager Glen Slaymaker, approximately half of the sites are rented for the entire six-month season.

By Jill Nagy
Karen Totino closed the doors of Green Conscience, her shop on Church Street in Saratoga Springs at the end of March to devote herself full-time to a growing real estate business.
Green Conscience was a mattress, furniture, and home products store dedicated to providing quality and education to people who seek a healthy, safe, and sustainable lifestyle.
She is a licensed real estate agent who will work out of her home and at the new Alexander Monticello Real Estate office in downtown Saratoga Springs at 511 Broadway, specializing in serving clients over the age of 50.
Totino owned and operated Green Conscience for 10 years. As she developed her real estate business, she thought she could do both but, she said, “I have discovered that I am not Superwoman. Ten years in retail is enough.”
So, she sold the last of her stock and the store furnishings.

Winter is finally on its way out, and the real estate market in Saratoga County is starting to pick up steam again. As the market for 2018 comes into full swing, real estate agents have been taking note of emerging trends.

Karen E. Charbonneau of Miranda Real Estate Group Inc. in Clifton Park said while Saratoga County is seeing an increase in new home listings, there isn’t enough housing to meet the demand. She said the lack of housing is in part due to the increased buyer interest in the market. 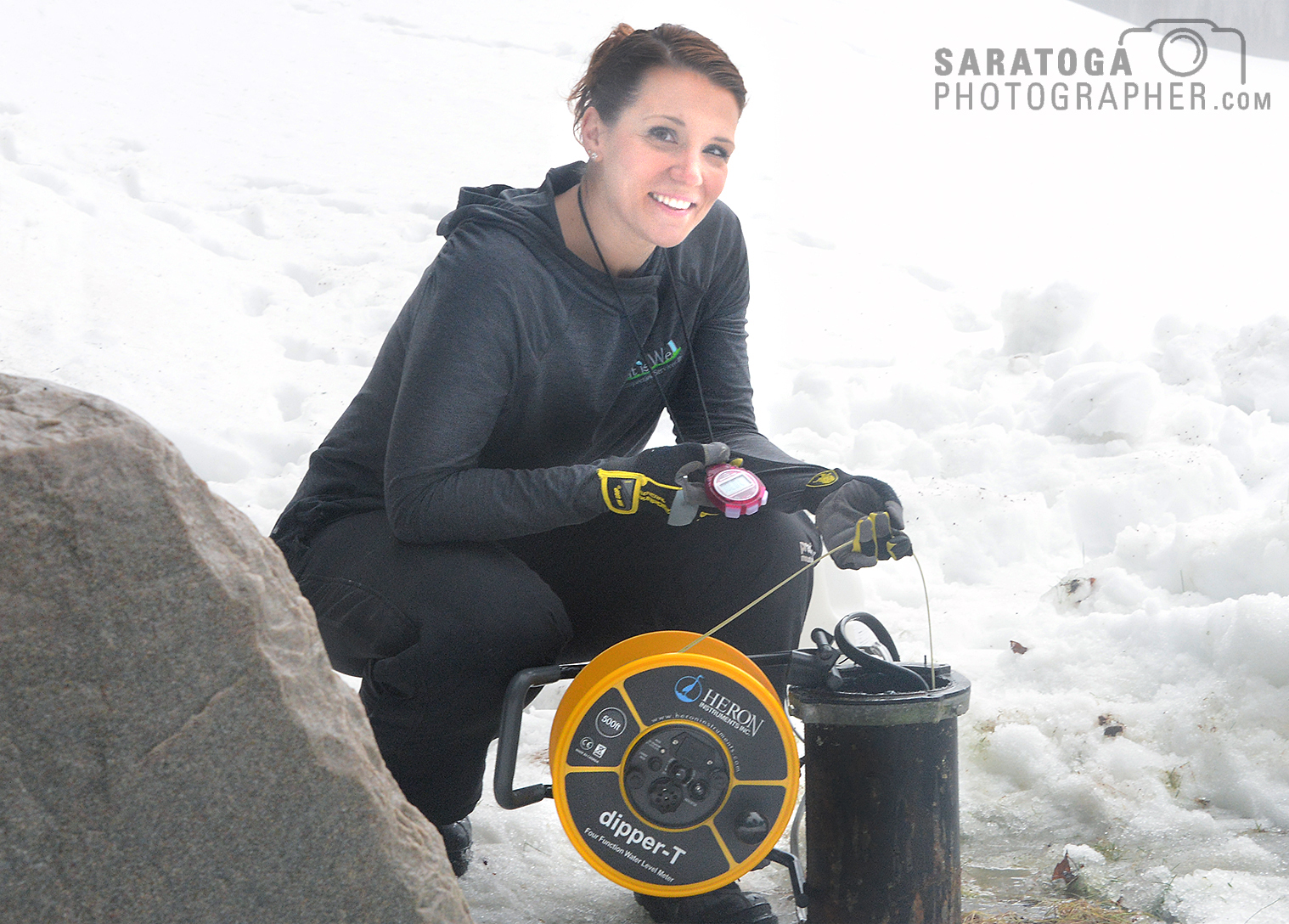 Many people feel content if their drinking water is supplied by a town or city, but they might have some hesitation about buying a home with a well.

Sandra Baldwin, president and founder of It Is Well Inspection Services Inc., understands the concerns about private wells and has set up a business to help.

It Is Well offers homeowners and homebuyers the option to get a more detailed report on the state of a well. While a traditional home inspector might do a flow test and assess certain aspects of the water supply on a particular property, Baldwin digs deeper. 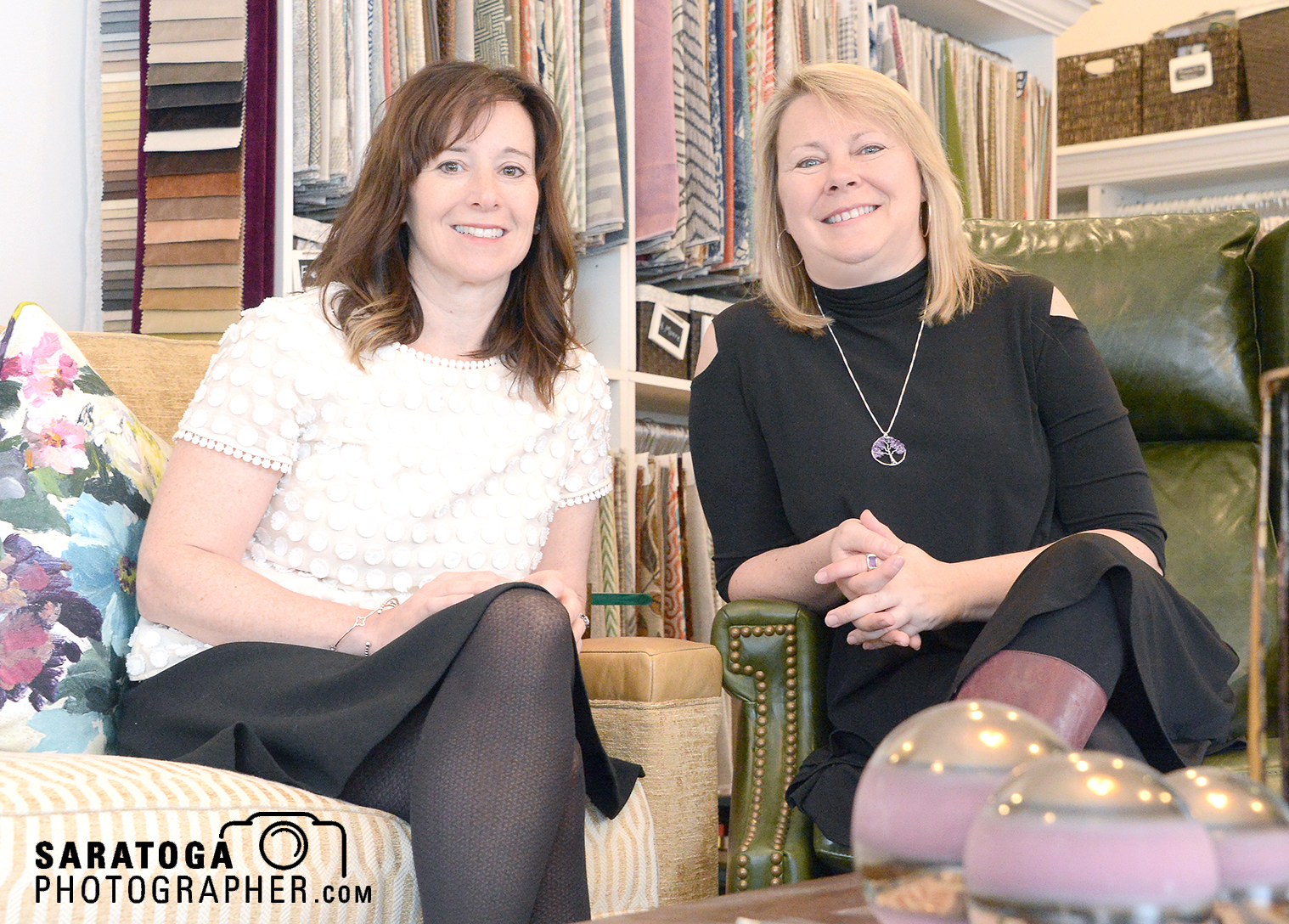 Erika Gallagher said after 14 years as a business owner she knew it was time to make a move. She and co-owner Denise Palumbo felt in order to be able to showcase all that they do at Plum & Crimson fine interior design, a new location was a must.

They decided to make a move from Spring Street in Saratoga Springs to 51 Ash St.

“The location we have now is on a corner in the arts district (Beekman Street), so we feel like we fit right in. The space works well with our needs. We were looking to own and no longer rent, and this came along,” said Gallagher.

As Jeff and Deane Pfeil prepare to transition out of their commercial real estate and development careers and into their new lives on Bainbridge Island in Washington state, they have a lot to be proud of and a lot to be grateful for.

The husband-and-wife team created Pfeil & Co. Real Estate and moved to Saratoga Springs from Westchester in 1994. Both were commercial real estate brokers and they started out managing shopping center developments, moving into doing historic restorations and adaptive re-use apartments. Deane was born and raised in Troy, while Jeff comes from the small town of Carmel, in Putnam County.

Looking back on their careers, Deane recalls that there was no internet when they first began and it took a lot of cold-calling to develop a client base, something at which she excelled.

“We liked to joke that I would get them on the line and Jeff would reel them in,” she said.

The Pfeils first major project in Saratoga Springs was the office building at 340 Broadway.

“The property had been sitting vacant since 1969, and we kept asking ourselves why nothing had been done with it,” she said. Deane zeroed in on Eddie Bauer and “barraged” them with flyers, mailings, and information about Saratoga Springs.